Maybe that's because so many of us are hitting up outlet stores instead of traditional retailers.
BY:
LOU CARLOZO
DealNews Contributing Writer 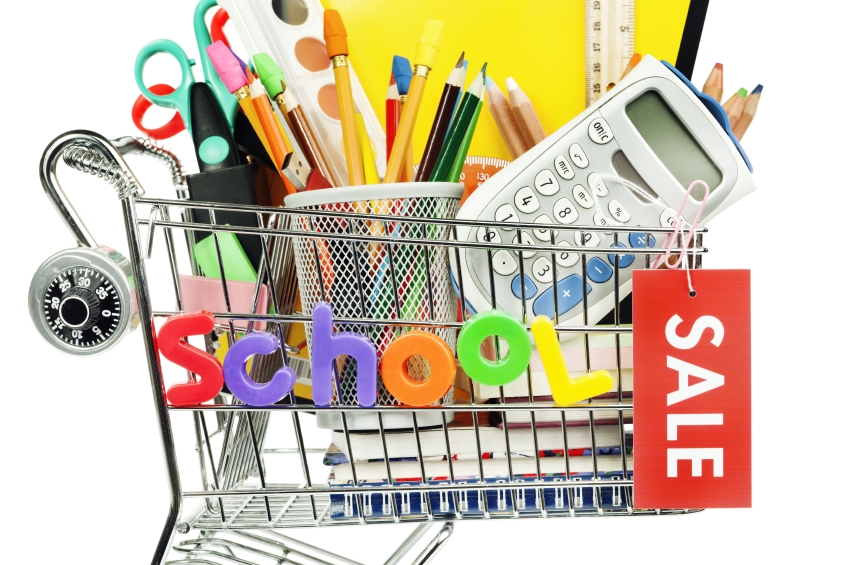 It's back-to-school season, and parents are probably staring down a school supplies list a mile long. But perhaps you're not spending as much if you recently earned an "A" in Advanced Frugal Economics.

Regardless of whether the numbers are on your side or not, the forecasts and figures have already pulled up on the big yellow bus. And here's what they have to say about the upcoming scholastic season.

Families Will Spend $38.92 Less This Year

The National Retail Federation forecasts that consumers will cut down on the school splurging they did in 2014. According to its Back-to-School Spending Survey, the average family with children in grades K-12 plans to spend $630.36 on electronics, apparel, and other school needs. That's a decrease from $669.28 last year and a 6% overall drop.

If you're looking for a reason why your local office supply store manager is grinning, consider that, even though spending may decrease this year, it has still increased 42% over the last decade according to NRF figures. Maybe now is the time to ask Junior why his grades haven't gone up 42% over the last 10 years. If he mumbles "whatever," maybe you'll hold back on buying him that new laptop.

Arguably, you could hire a limo driver, rent a villa and procure a private tutor for less dough than college costs today — and while you're at it, enlist a monk to copy those textbooks by hand. Using government statistics, MSNBC calculates that college textbook prices have skyrocketed 1,041% in price since 1977. And conservative think tank The American Enterprise Institute lists 15 texts at the University of Michigan alone that run from $300 to $400 a piece. However, students can cut their costs down significantly by buying used books, or renting digital versions.

Just about every kid wants a laptop, and over time prices have gone down as fast as the tech has shot up. There are options for as little as $179 — like the HP Stream 11, which CNET.com hailed with a 7.8/10 rating — or you can get something a little more powerful in the $350 range, which will better accommodate most students' needs. When it comes down to it though, you shouldn't spend more than $500.

Some back-to-school expenses don't pop into consciousness until the actual day of reckoning-slash-kid whining. Shoes, for example, make the NRF list, with parents expected to spend about $117.56 (which is $58.78 per foot, or $11.76 per toe). Harder to explain, though, is the procrastination jump expected by the NRF number-crunchers. They forecast that more families (30.3%) will shop one to two weeks before school, up from 25.4% last year. Why the delay? We've thought about that. And we'll get back to you tomorrow… or next week… or…

62.2% of Shoppers Will Go to Discount Outlets

But we crunched those numbers and came up with a total of 266%, which is statistically impossible, right? What's that — people can shop at more than one source? Hm. Maybe we should go back to Stats 101.

So are you really, really ready? Of course you're not. And we understand: Alice Cooper made history with a celebratory song like "School's Out," but no one dared take on the wrath of Kiddo Nation with a song like "School's In." The children get ornery, parents get cranky, and so it goes until you drop them off at the schoolhouse door.

In the meantime, a little retail therapy is likely needed by all. Then once the first bell rings, the adults can heave sighs of relief. The kids can crack open their new, fresh-smelling backpacks. Everyone's passed the first big test of the school year — and everything's going to be fine.

We looked, and there really are 100 pages of discounts here. We've pictured the Trudin 150PSI Portable Air Compressor for $26.99 after a clippable coupon ($28 off). Shop Now at Amazon

This has everything you'd need for camping or hikes, with outerwear, shoes, backpack, sunglasses, tents, trekking bottles, insulated bottles, and more. Shop Now at REI

It's the best price we could find by $32. Buy Now at Wayfair

Shop comforter sets, quilts, sheets, towels, and more. Although the banner on the home page states up to 60% off, we found deeper discounts within the sale. Shop Now at Belk