Face the Music: A Pandora Price Hike is Coming Your Way in May

The music industry's ever-increasing royalty rates will cause Pandora to charge about $60 for a year of its services.
BY:
MICHAEL BONEBRIGHT
Former Senior Blog Editor 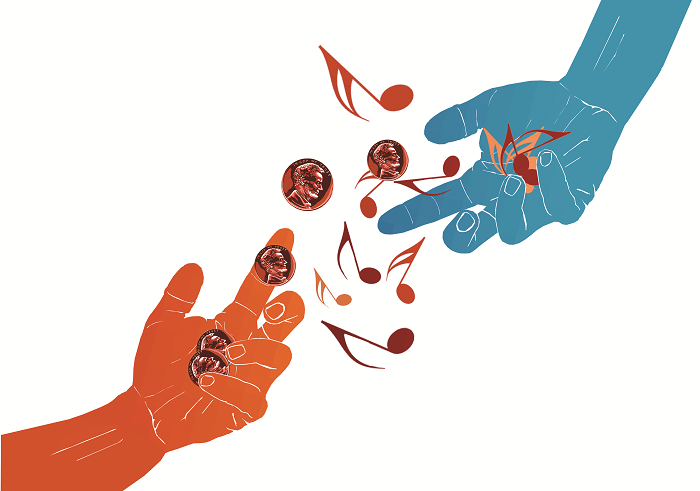 Pandora, an internet music streaming service with hundreds of millions of users, has had a rough week. On Tuesday, the service announced a shake-up in its leadership, with former Chief Technology Officer and Executive Vice President of Product Tom Conrad stepping down after nearly ten years at Pandora.

Then on Wednesday, a federal judge said that Pandora would be subject to a higher royalty rate than traditional radio stations. The latter bit of bad news will probably have a bigger affect on Pandora listeners, as the service announced Tuesday that it will raise its subscription fees for the Pandora One service for the first time in May.

The Pandora changes are two-fold. First off, the company is doing away with its annual subscription plan entirely, which had cost $36 per year. "Existing annual subscribers that remain active will migrate to a discounted loyalty price of $3.99 per month at their next renewal period," according to a Pandora blog post on the rate changes. That means current users with annual memberships will start paying about $48 per year to use Pandora — $12 more than before.

Active monthly subscribers who are already enrolled with Pandora (or who enroll before the May deadline) will get to keep their current rate of $3.99 — for now. Once May rolls around, new subscribers will have to sign up at the higher monthly rate of $4.99, which comes to about $60 a year.

Pandora places the blame for the $1 rate hike on higher royalty rates being charged by the music industry: "For example, the royalty rates Pandora pays to performers via SoundExchange for subscription listening have increased 53% in the last five years and will increase another 9% in 2015."

The Wednesday ruling mentioned above would seem to back up Pandora's claim. Traditional radio stations only have to pay the American Society of Composers, Authors and Publishers (ASCAP) a royalty rate of 1.7%, but a federal judge denied Pandora's request to pay the same rate. However, as Engadget points out, the ruling only forces Pandora to pay "the same 1.85% royalty rate that it has paid for years," so the ruling was hardly a new loss for Pandora.

Readers, how will this rate hike affect you? Current subscribers won't see a rate hike (yet), but will you stick around if your subscription increases? Or do you prefer dealing with ads to paying for music? Give us your take in the comments below!

Shark7
I miss Raditaz.. it was commercial free.. and didn't time out.. instead of of thumbs up like pandora, it was a 'rock on' hand symbol for "like" (the one with thumb out, first finger and pinky finger) I hope they stay commercial free.

Find them on Facebook, estimated return time is "Fall 2014"

Blissa
This makes me glad that you can use HitBliss to earn credits for Pandora subscription fees... Although there is some irony in watching ads so you don't have to hear ads. :)
March 22, 2014

algreimann
I've had a Pandora membership for over two years and I feel like I've listened to the same music for that time. Before even learning this, I decided to try Spotify Premium for 60 days. I still miss the familiar and the stations on Pandora are better, but Spotify's selection (20 million vs. 900,000) coupled with ability to select specific songs and albums won me over. With Pandora's price hike, it will match Spotify's lower tier service ending their price difference.
March 21, 2014

Brian Moon (DealNews)
I listen to Pandora round 6 hours a day. Commercials are OK. The problem is you hear the same ones over and over and over. The bigger issue for me was the "Are you still listening?" prompts. Those disrupted my day badly. I would like to see a real application for desktops though. Their current Adobe Air based offering is a poorly created application.
March 20, 2014

compusmart
I pay the subscription for commercial free radio, additional "Skips" because I don't like all their suggestions but most of all for the higher quality streams.
When my Sub runs out, I will cancel unless policies change to allow us to select the songs we want to hear on demand. I will at that time access my 245,000+ song library at home via PLEX Server that runs flawlessly on my Linux Box.
Another issue with Pandora is that they cut songs short too often. Overall a so/so experience I can not afford...

silex
I don't get why people are so mad when you can listen free, just have commercials. I mean really, a commercial is nothing, also I have personally found out of a new product because of a commercial so... yea Never understood the complaining
March 20, 2014

vwoom
I listen to Pandora while driving (have Pandora on my car's head unit Infotainment Sys) and I don't mind the ads (0:23 and 0:53 approx every hour), really. Besides, I have Rdio, Tune In and other internet stations at my disposal (via Bluetooth to my Infotainment Sys). I could care less, on the price hike.
March 20, 2014

DenCon
Unfortunate news for Pandora subscribers and internet radio listeners across the board - this will push many honest (fee-paying) people over to the dark side of music piracy*.

*according to the music/entertainment industry
March 20, 2014

It's the lowest price we could find by $15. Use coupon code "GARDENHOLIDAY" to get this price. Buy Now at eBay