With Apple refreshes on the horizon, consumers should be wary of back-to-school bundles that discount the iPhone and iPad, which will devalue rapidly in the weeks to come.
BY:
LOUIS RAMIREZ
DealNews Contributing Writer 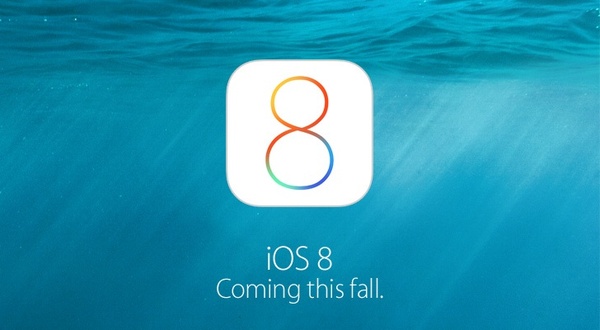 Back-to-school sales are now in full effect, and to get consumers to notice their deals, retailers are discounting big-ticket items, such as the Apple iPhone and iPad Air.

Both devices are among the most sought-after gadgets, so it's no surprise to find retailers bundling them with their back-to-school promotions. But buyer beware — Apple is slated to refresh its iPhone and iPad line of devices as early as September, meaning that any back-to-school Apple bundle that might have caught your eye may not be as good a deal as you originally thought.

Apple Refreshes — and New Price Cuts — Are on the Horizon

Last year, the iPhone and iPad were refreshed in September and October, respectively. Current Apple rumors indicate a similar trajectory this year, with the iPhone receiving its most significant update in recent years. When Apple releases the new iPhone 6, it will likely discount its remaining iPhone 5s smartphones. Even if Apple chooses to update its budget iPhone 5c and phase out the 5s, retailers will still be eager to rid themselves of their current stock of iPhones.

The same scenario applies to the iPad Air and iPad mini Retina. As a result, shoppers will find better deals on both devices after Apple's autumn announcements. That means any back-to-school bundles you see with the iPhone or iPad will provide very limited savings, if any at all.

Is a Bundle Ever Worth It?

In some cases, these bundle deals are barely even a deal in the context of current pricing. T-Mobile, for instance, is offering a $100 prepaid MasterCard with the combined purchase of an iPhone and iPad, as part of its back-to-school promotions. To qualify, both the phone (iPhone 5s or 5c) and tablet (iPad Air with LTE or iPad mini Retina with LTE) must be purchased on the same day and both devices require an active account. In addition, the iPad requires a minimum 1GB data plan.

With this deal, you'd pay list price for whichever iPhone and iPad you select. (The total would be paid throughout the span of 24 months). In return, you'd get a $100 rebate.

While you may think the bundle is worth it for a contract-free iPhone and a cellular iPad, we've seen unlocked iPhones up to $159 off their list price. We haven't seen many cellular iPad deals, but the savings on the iPhone alone would be enough to beat T-Mobile's current offer. If you're not loyal to T-Mobile, you can find even better deals on current iPhone models, some as low as $0.

While it's true that T-Mobile will allow Jump subscribers to upgrade to new devices as they come out, at least 50% of your device must be paid off before you can upgrade. The Jump service also adds an additional $10 to your monthly bill. That means there's little chance of saving money with this deal, and that's without factoring in the devaluation of your device once Apple announces its successor.

In this scenario, consumers are better off searching for deals on an unlocked iPhone and buying their tablet separately. If you're still intrigued by T-Mobile's offering, the complimentary $100 MasterCard requires six to eight weeks of processing time, at which time Apple may have already announced new models.

However, not all Apple devices will receive updates this fall. Apple laptops and iMacs, for instance, are in no imminent danger of being refreshed. The MacBook Air was updated in April, the iMac in June, and the MacBook Pro Retina in late July. As a result, none of these devices will see major upgrades till early 2015, which is when Intel predicts its next-generation Broadwell processors will be widely available.

In the end, back-to-school shoppers should only be wary of bundles with iPhones and iPads. These devices are very close to their end of life, and the chances of devaluation and the likelihood of seeing better deals in the weeks to come are increasing significantly by the day.

What do you think, reader? Will you trust in better deals ahead, or are you going to take advantage of those available now? Let us know in the comments below, and be sure to check out our complete Back-to-school sales page.

shejamby
I agree it's always a good practice to wait for Apple's Keynotes to reveal their big plans. As mentioned in the article Apple has been consistent in lowering the previous model pricing on iPhone or iPad's when there's a refresh.Whether one should take advantage of the back to school or bundled deals is as far as I'm concerned up to the buyer. If one chooses this option it's best to compare prices as a determining factor for the best price for the money. For the consumer new to the Apple brand or die hard fans, in your determination to find the best deal involves research. My personal advice for decent price-cuts or discounts on Apple products is to shop their Refurbished inventory. Not many companies can boast or offer a Full Manufactures Warranty on Refurbished products! Apple does...you'll get the same warranty you'd get when buying a new iPad, iPad mini, MacBook Pro, MacBook Air etc. for less. Don't take my word for it go check it out for yourself.
August 20, 2014

Greg the Gruesome
>...we've seen unlocked iPhones up to $159 off their list price.

But from which sellers? I am leery of eBay stores; I wonder if they've voided Apple's warranty by unlocking the iPhone themselves or if they got the ones they're selling from another country. Also, who else offers interest-free financing for 24 months?

This reminds me: I've never seen a refurbished iPad Air/Mini/whatever with WiFi + 4G for T-Mobile in Apple's online store. Wouldn't the models for AT&T work on T-Mobile's network, though? Maybe even the models for Verizon?

>If you're not loyal to T-Mobile, you can find even better
>deals on current iPhone models, some as low as $0.

But that's a subsidized price. Perhaps T-Mobile's charges for its cellular service are low enough that you'd actually save money over two years by going with T-Mobile. And if you don't get a new phone after two years, the odds of saving money with T-Mobile increase.