Don't Buy That, Get This: 6 Eco-Friendly Swaps That Save 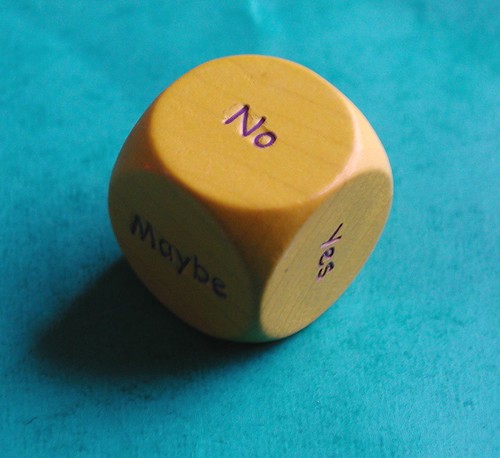 Come August, my brain starts to melt from the relentless heat and I start making stupid decisions. I eat out too much. I use the air-conditioned car when I could bike. I make more impulse purchases. Call them the Dog Days because I start to show about as much intelligence as a Chihuahua in heat.

In such a brain-addled state, I find I respond better to simple choices. And while you likely have much more cranial reserve left than I do, it never hurts to have a little push in the direction of making purchases that respect the environment and get the most mileage out of your dollar.

So this week, Green Dad presents "Don't Buy That, Get This" — your guide to wise buys that will cut waste, with a focus on lowering your personal debt ceiling.

As I often mention, the waste propagated by bottled water sales is vast. What's more, tap water is actually often held to more stringent purity standards than bottled water, which is often just tap water in disguise. Yet bottled water costs you 10,000 times as much as tap water. Why not just buy a water purifier for your tap? I use the PUR System, and I'm quite happy with it; the PUR FM-9600 3-Stage Horizontal Faucet Mount ($35.19 with free shipping, a low by $5) is a great option, and each interchangeable filter treats up to 100 gallons of water and removes 99.99% of cysts, cryptosporidium, giardia, and total trihalomethanes.

I don't know what Starbucks puts in its coffee, but it must be some secret ingredient that compels me to pay much more than what the final product's worth (and waste paper in the process with every cup I trash). That's why I recently plunked down the cash equivalent of five venti mochas for the Bodum Chambord 3-Cup French Press ($23.17 with free shipping via Prime, a low by $4), which holds 12 oz. of joe. Coffee fanatics say nothing brews like a French press, and for that price, what do you have to lose but an expensive habit?

If you have kids, you may worry about using toxic pesticides at home. Enter Rick Moskovitz, an exterminator in business since 1979. His company, A-Plus Pest Control switched to an all-green enzyme approach about six years ago. Moskovitz will sell you a 4-oz. bottle of concentrated cedar oil, enough to make two gallons of bug spray, for $15 with $11.95 s&h. (While the added shipping is hefty, this product is stronger than most other concentrates, so it produces the most spray for the price.) "If it gets on [an insect's] body, it drives them crazy and it will kill them," he says. Cedar oil not only works — it smells good, too.

New window technology makes it smart from an energy perspective to replace old windows, so long as you pay a little extra for panes that do the job right.

"Get the highest level of energy efficiency you can, because the incremental cost is pretty small compared to the cost of the window and the installation," says Mike Rogers, a senior vice president at GreenHomes America.

Today's high-tech windows use multiple glazing layers with special gasses to reflect heat back from the outside in the summer, and the inside in winter. So, spending more on high-performance windows saves money in two ways: 1) by lowering heating and cooling costs and 2) by saving money on future installations, as cheap windows wear out much quicker. Roger recommends SeriousWindows as a top brand: "That's the bomb, the ultimate high-performance window."

5) Don't Milk Your Old Refrigerator, Get a New EnergyStar Appliance

While many old or used appliances can serve you well for years to come, a dilapidated refrigerator isn't one of them.

"An older refrigerator could use three times as much energy as a new one, so you're saving 67% [in energy costs by buying a new one]," Rogers says. Plus, you can get a tax credit for buying an EnergyStar appliance (up to $500 for a maximum of $5,000 spent) and some utilities pay you to take the old appliance away. This chart from the U.S. Department of Energy can help you calculate the exact electricity savings, but figure conservatively that with tax breaks included, a new EnergyStar refrigerator costing $1,000 will pay for itself in about six years, assuming it replaces a model that's 20 years old.

The perils of polystyrene packing peanuts, marketed by Dow Chemical under the trade name Styrofoam, have been known for some time. Polystyrene is produced with benzene, a known human carcinogen. In fact, nearly two dozen cities in the U.S. have banned polystyrene for food packaging. What's more, polystyrene takes a long time to break down in the environment and is potentially harmful to animals. Instead, why not pack that box with starch-based peanuts ($19 per 12 cubic feet with $12 s&h, $2.58/cubic foot)? I love that you can wash these suckers down the sink, and never have them menace your floors with dirt, or your arms with static-peanut cling.

In general, biodegradable peanuts are slightly more expensive, and the above vendor charges about $3 less for a normal packing peanut. (Although in this quantity, even the biodegradable option has a lower per-unit price than regular peanuts are most office supply stores.)

Still, you might not want the extra expenditure, in which case you can combat the evils of polystyrene by packing boxes with recycled plastic bags. (Every dark cloud has a green lining.)


All individual items mentioned are available at the lowest total price we could find from a reputable seller at the time the story was published.

Lou Carlozo is dealnews' Green Dad columnist. He was most recently the managing editor of WalletPop.com and, before that, a veteran columnist at the Chicago Tribune. Follow him on Twitter— @LouCarlozo63. You can also sign up for an email alert for all dealnews features.
DealNews may be compensated by companies mentioned in this article. Please note that, although prices sometimes fluctuate or expire unexpectedly, all products and deals mentioned in this feature were available at the lowest total price we could find at the time of publication (unless otherwise specified).

VIEW ALL
Blog · Morning Jolt · 16 hrs ago
5 Deals You Need to Know Today: Under Armor Outlet Discounts
There's up to 40% off at Under Armor for all plus extra savings for those who spend $100 or more. Check out this offer and more in our roundup of the five best deals we found over the last 24 hours.
Blog · Buying Guides · 1 day ago
What to Expect From Father's Day Sales in 2022
Father's Day is around the corner, and sales will be in full swing before you know it! Check out our guide on what to expect from Father's Day sales in 2022, including what will be discounted and the savings we should see.
Blog · Marketplace · 2 days ago
How to Create Coupons on Amazon
Amazon brought coupons to Seller Central in 2017, but these aren't your grandmother's coupons. Learn how to create coupons on Amazon, and what to know before you do.
Blog · Buying Guides · 3 days ago
6 Simple Ways to Renovate Your Kitchen Through Home Depot
If you're feeling like your house needs a refresh, consider these simple ways to do a Home Depot kitchen renovation. You can update your look and potentially increase your home's value!
Blog · Buying Guides · 6 days ago
What's the Best Time to Buy Big-Ticket Items?
Savvy shoppers are always on the lookout for a great deal, and to help you out, we've put together guides on the best times to buy big-ticket items.