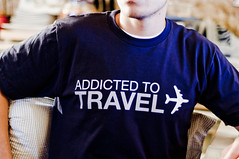 If you've just scored an outrageous deal on a cruise to the Caribbean or a trip halfway around the world, you might want to consider trip insurance. And if you do, you'll also need to consider what it does and doesn't cover.

Insurance is what it is: Protection against the small chance that something could go wrong. If, indeed, you are headed to Florida or anywhere in the Caribbean, the chances of weather getting in your way increase during hurricane season, which runs from June 1 through Nov. 30. Another above average hurricane season is forecast for this year, and "above average," in that context, is not a positive thing for travelers.

So, when would you need travel insurance? Here are some examples:

Trip insurance tends to be inexpensive. Depending on the nature of the travel, it could cost anywhere from $45 to $100 for a $1,000 trip. And, also, it could come included with your package, free, as it does with some deals we've listed recently for trips to Jamaica and The Dominican Republic. Some also offer perks like $100 off your next vacation if it rains on your trip.

There are a lot of travel insurance companies out there and a range of offerings. Some offer only to cover your medical expenses if you're hurt and give you a small amount of money to cover fees to change your flight if necessary. Others offer full packages that appear to cover most every possibility.

However, and this is a big however, there are a lot of catches. Repeat. A lot.

So it is absolutely vital if you're going to take one of these policies to be aware of their limitations. Some companies will remove some of the limitations as you upgrade your insurance.

Some examples of catches: The insurance won't pay out if you try to invoke a weather-related cancellation clause for airlines unless weather has disrupted travel for at least 24 hours. So if a volcanic eruption shuts down your flight to Paris for 12 hours, but your vacation is ruined anyway, you might be out of luck. And here's a personal favorite: Some will exempt themselves from paying out if what happened to you on your trip is the airline's fault.

If you've ever traveled and had something go wrong, chances are fairly good that whatever went wrong was the airline's fault. Say you're headed to a cruise in the Caribbean, and the flight crew gets delayed in another city so that you miss the departure. The insurance could claim it's the airline's fault for mismanaging its fleet.

The idea behind that limitation is that you're expected to go after the airline for compensation for your ruined vacation. But that's a pretty big thing to exempt when the idea of travel insurance is providing your peace of mind.

If you've got a lot of money tied up on a trip and you can foresee the possibility that something could go wrong, whether it's a family member dying or just your bad luck with hurricanes, find a policy that appears to throw the fewest roadblocks in your way.

That means read the fine print, even if there's a lot of it. And ask questions instead of just checking a box on the online order form. I've seen more than a few people whose bad luck and lack of travel insurance has left them with little recourse, a lot of inconvenience and a fair amount poorer.

And if you do decide to buy the insurance, your best bet is to deal with a travel agency that has a lot of experience with these policies and can help you parse out which will be the best bet for you.

The bottom line: For as much peace of mind these policies promise you, pick carefully. The wrong policy will do the exact opposite of what it's intended to do, and you could be not only out of your vacation, but in a new world of hassle as well.

Mitch Lipka is an investigative journalist for consumer issues who formerly wrote for WalletPop.com, Consumer Reports, thePhiladelphia Inquirer and the Fort Lauderdale Sun-Sentinel,among other places. Follow him on Twitter — @mitchlipka or on Facebook. You can also sign up for an e-mail alert for all dealnews features.
DealNews may be compensated by companies mentioned in this article. Please note that, although prices sometimes fluctuate or expire unexpectedly, all products and deals mentioned in this feature were available at the lowest total price we could find at the time of publication (unless otherwise specified).