Do These 5 Energy-Saving Products Save You Money in the Long Run? 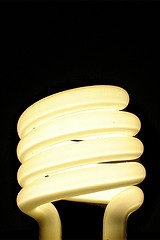 Usually, I can justify a major expense if I know I'm helping the environment. And I can especially justify an expense that will also save money in the long term, like energy-saving electronics. But there's always the danger that so-called eco-friendly products only green the bottom line of the manufacturer, and not much else.

This week, Green Dad sorts the fact from fiction when it comes to five products that claim to save energy. I'll do my best to give you the lowdown on how effective these items are, how long until you'll see savings on your electric bill, and whether you should consider buying them for (or banning them from) your household.

The lowdown: Adapters for laptops and smartphones produce a "vampire effect" that uses a small amount of electricity when left plugged in, even if a device isn't attached to them. This strip blocks power to those plugs when not in use.

The verdict: Plug in! The vampire effect accounts for 5% of energy use in the U.S., and this strip aims to hack away at that number. To calculate its value, let's conservatively say using the strip for your chargers and computer equipment (there are 10 outlets) could cut the "vampire" portion of your own electric bill to half the national average. If your electric bill typically averages about $100 a month, then this device will pay for itself in a year — and it will continue saving you money long after. Plus, you'll get the benefit of surge protection.

The lowdown: It's not just a case for your iPad or other tablet, it's a solar charger, too. The Spark can also charge smartphones and digital cameras, with one hour in the sun equaling one hour of video playback.

The verdict: You probably won't make up the money in energy savings in a reasonable period of time, but consider some of the case's premium features that go beyond the average case: It's waterproof and UV resistant, and it can charge your tablet and a second device at the same time while on the go. So, while the cost of this carrying case / charger combo might not translate into the equivalent savings, its specifications may provide incalculable value in terms of convenience.

The lowdown: Green drives, such as this Western Digital Caviar model, eat less power largely because they spin at a slower rate than regular drives.

The verdict: Does not compute to savings. If you're buying a green drive as part of an overall strategy to cut energy consumption on all fronts, it may make sense. But if you're doing it to dent the energy bill, you might be better off picking up loose pennies from the sidewalk. ars technica reports: "In terms of cost, using a green hard drive compared to a normal one makes very little difference ... netting you a whopping $5.38 per year [in estimated energy savings] for your sacrifice of 1800 rpm. For comparison, changing one 60-watt light bulb used four hours a day to a 7-watt fluorescent one saves you more, about $9.23 per year."

The lowdown: Energy Saving Devices are supposed to help you lower your electric bill, either by cutting down the voltage that arrives at your appliance, or the amount of current used.

The verdict: Nothing to get charged about. The overwhelming evidence says that these devices don't produce the savings that the hype might suggest; in fact, they could even harm motorized appliances, such as fans, by forcing them to work harder to achieve the desired effect. AdvancedEnergy.org puts it like this: "Testing of devices that tout energy-savings for homeowners who use them on major appliances has revealed that most buyers are simply being snookered."

The lowdown: As the newest wrinkle in lighting technology, LED bulbs may look expensive, but boy, do they last long — make that more than 40 times longer than an incandescent bulb.

The verdict: The proverbial bright idea. Since an LED bulb will last 50,000 hours, you'll come out way ahead on energy and cost savings. According to eartheasy.com, if you replace 30 incandescent bulbs in your home with LED bulbs, you'll realize a total savings in excess of $13,000 over the life of those LEDs. But that's a small bonus compared to the amount of strain you'll save from climbing a ladder to change ceiling fan bulbs every few years as opposed to every few months.


All items mentioned are available at the lowest total price we could find from a reputable seller at the time the story was published.

Lou Carlozo is dealnews' Green Dad columnist. He was most recently the managing editor of WalletPop.com and, before that, a veteran columnist at the Chicago Tribune. Follow him on Twitter— @LouCarlozo63. You can also sign up for an email alert for all dealnews features.
DealNews may be compensated by companies mentioned in this article. Please note that, although prices sometimes fluctuate or expire unexpectedly, all products and deals mentioned in this feature were available at the lowest total price we could find at the time of publication (unless otherwise specified).

cs85b03
I disagree with the review on the WD green 2TB drives.

There are more benefits than you explain.  First off, they are much quieter than the Black or Blue series (which may not matter to some people, but I don't like to hear hard drives).  I bought two of these for $60 each back a few months ago, so there wasn't a cost difference at the time (in fact they were the cheapest 2TB drives you could get at the time, except for the garbage Hitachi ones).  They consistently read at close to 100MB/s, so I haven't noticed a speed difference.

By the way, they are $69.99 with shipping right now from newegg.  They are also the cheapest 2TB WD hard drive offered so there essentially isn't a "price difference" at all, unless you're comparing them to one of they Hitachi drives (with a fail rate of 25% within the first four months of use).

married2lori
I believe the best overall cost savings would be to change to LED bulbs, in about a year.  I highly doubt I could save enough in energy costs over that time to account for how much I could save waiting for the price of the bulbs to go down.

Sure, at their current price, the bulbs are cheaper than the 30 bulbs they would replace.  However, that assumes that your only choices are either upgrading now or staying with incandescent forever. But I don't believe they would be cheaper than 1 or 2 more incandescent bulbs and a less expensive LED in the future.

I'm going to wait for the early adopters to drive down the price first.

T-Bone
I bought some of the new-fangled light bulbs, the coily ones with mercury (thank God for the dangerous chemicals by the way) and they last as long as most incandescent bulbs because it turns out they are generic Chinese bulbs, so you should watch out for brand names when switching to these so-called "energy savers" because it looks like the scheisters have already figured out a way to capitalize on the movement yet create something dangerous that doesn't even fulfill the original intent of the invention.
August 13, 2011

johnwgaray
BTW: Best green decision I have made is to switch my electricity provider to 100% wind power (I'm in a state where we have energy options).  I save about 10% from the standard provider price to compare and it saves the environment (60% of greenhouse gases in the USA come from energy production - where 1/2 of our electricity comes from coal).
August 12, 2011

johnwgaray
In regards to the WD Green drives - I have about 12 of them (external Elements) in my Windows Home Server - It's fine to sacrifice a little unnoticed performance for the green functionality.  Across the 12 drives, I guess I'm saving about $5,38 a month.  Cool!

Also, I switched to LED bulbs all across my house about 6 months ago (pricetag over $1K)- Best deal was changing the landscape lighting bulbs to LED - Besides cutting energy usage big time, I no longer have to change bulbs once a week (with ~16 bulbs, it seemed there was always one needing changing).  I even bought stock in CREE (sold before it tanked) and made the cost of the bulbs and then some...

Thanks for the article.

hanmari
$40 for a light bulb? No thanks. Very few LED light bulbs generate enough lumens to compete with an incandescent bulb. Moreover, the theoretical lifetime of an LED bulb is not the same as what you actually see in practice. LED lights do burn out ahead of schedule--just look at any LED-based traffic light and you can see patches of dead LED bulbs in them. LED technology will eventually become better for normal lighting use, but the performance hasn't caught up to incandescent bulbs yet, so paying eighty times more for less light doesn't make any sense.
August 12, 2011

deltaman
The " Smart Strip LCG3 Energy Saving Power Strip" is good at its intended use -- shutting off power to peripherals (display, powered speakers, disk drives, etc) when it detects a "master" device (ex. HDTV, computer)  has been switched-off. It is NOT intended for detecting the individual charging state for multiple portable device chargers -- which are the chief culprits in the referenced "Vampire effect." You'd need a "smart strip" for each portable device charger, since they're most-often used (and charged) independently from a "master" device. In many instances, a charger also has to travel along with its associated portable device, making a bulky, tag-along "smart strip" an impractical companion. At home or around the office, the best defense against charger "Vampire" watts is to attach multiple chargers to a single (or a few) outlet strips which have an on/off switch; then remember to turn-off the strip when no devices are charging. When purchasing spare or replacement chargers, look for those which claim to be "green" -- meaning a very low standby power drain when no device is attached...
August 12, 2011

VIEW ALL
Blog · Morning Jolt · 51 mins ago
5 Deals You Need to Know Today: Preorder the New iPad and Save $30
It's not even out yet but you can save $30 on the new 10.2" iPad. Check out this offer and more in our roundup of the five best deals we found over the last 24 hours.
Blog · Roundups · 2 hrs ago
The Best Video Game Deals
The best of the best when it comes to video game deals, cheap consoles, and discounted accessories are gathered here, in one convenient roundup.
Blog · Roundups · 1 day ago
The Best Men's Clothing & Accessories Deals
From adidas to Uniqlo and Allen Edmonds to Wilsons Leather, this is your guide to the best men's clearance sales, designer clothes deals, and everything discounted in the world of men's clothing.
Blog · Roundups · 4 days ago
The Best Patio Furniture Deals
From dining sets to fire pits to clearance sales, let the experts at DealNews guide you to the best discount patio furniture available today.
Blog · Roundups · 5 days ago
The Best Smart Home Deals
Whether it's a smart assistant, a security hub, a smart lighting setup, or one of the many other home automations on offer, these are our picks for the best smart home deals available right now.

Clip the on-page coupon and order via Subscribe & Save to get this price; it's around $2 less than you'd pay in local stores. Buy Now at Amazon

It includes collabs from Yohji Yamamoto and Pharrell Williams. Save on men's T-shirts from $28, men's trainers from $56, men's and women's hoodies from $56, men's pants from $63, women's shoes from $70, and more. Shop Now at adidas

Add two to cart to see the discount. There are almost 90 styles to choose from. Buy Now at Joe's New Balance Outlet