Verizon has effectively reduced the cost of all of its data plans (or increased the amount of data you get), but current customers won't be switched to new plans automatically.
BY:
BENJAMIN GLASER
DealNews Contributing Writer 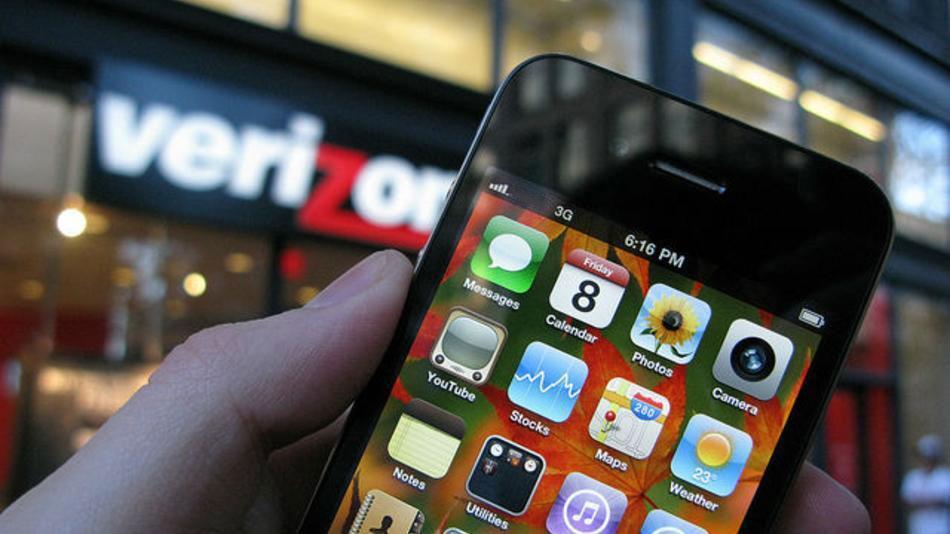 Bowing to the pressure of the competitive smartdevice service provider market, Verizon has announced money-saving changes to its plans to entice both current and new customers. But Verizon users who want to benefit from these changes will have to speak up; customers won't automatically be switched to the money-saving plans, and must reach out to Verizon to take advantage of the deal.

Save $10 Each Month, or Snag More Data

The company announced on Wednesday that it will slash prices on its More Everything plans, or increasing the amount of data offered at each tier, depending on how you look at it. The plans offer unlimited minutes and messaging, with a capped amount of data. Prices at the 1 to 4GB tiers were each slashed $10, effectively dropping every tier down one level. So a customer previously purchasing 2GB at $50 a month could now get 3GB for that same price, or remain at 2GB for only $40.

However, neither of these value-increasing additions will happen automatically. Customers must visit Verizon's website, access their My Verizon page, and choose either option.

In addition to pricing changes, Verizon also added new data tiers — 6GB, 12GB, 14GB, and 16GB — and extended its Verizon Edge discounts to the 6GB level. The Edge plan allows users to pay for their phones over 24 months instead of upfront, and discounts the monthly Verizon Access fee. (Read more about Verizon Edge here.) It was previously only available on plans of 10GB and over.

Of note, Verizon says this Edge offer is available for a limited time only, and it's unclear when it ends. Additionally, the company said customers bringing in a phone line from a competitor will be eligible for a one-time $100 credit.

Verizon has been slow to react to the changes adopted by many of its competitors. T-Mobile has been enacting its "Un-carrier" reforms for years now, eliminating two-year contracts and allowing generous rollover data, for instance. And Sprint hyped an initiative to lure customers away (and in many cases, back) from Verizon and AT&T by "cutting their bills in half."

Readers, what do you think? If you're a Verizon customer, will you switch to one of these new options? If you are not, will you consider switching to Verizon? Let us know in the comments below.

commonesnes
If you go with Verizon watch your bills like a hawk! When companies moved to financing the sale of phones instead of paying them thru monthly access charges, all but Verizon lowered their month access charges for all phones not under contract, from $40/mo to $15/month. The $25/mo. difference was really to pay for the phone. Verizon did not lower their accesses charges tho. Instead, to those people who called and asked for it they gave a discount of $25/mo per line for phones that were being financed or that were off contract, i.e, already had been fully paid for. If you didn't call up and request the discount, even tho the phone was no longer under contract they continued to charge a $40/mo access fee. So if you do not pay attention they will let you pay an extra $25/mo indefinitely. They will not credit you retroactively when you do call up and request the access discount. NO OTHER CARRIERS DO THIS!
June 10, 2016

Wrinklie44
We were a 5 year client of Verison when we cancelled and moved to Cricket. On vacation, we were maxing the data on our plan, so we called and all we wanted was another 2 gigs to the end of the cycle. A simple request turned into a nightmare of wrong information and outright lies about upgrading, more data, etc. When I spoke with a supervisor, they were no more helpful than a tech. After several phone calls and a lot of aggravation, we told a supervisor that if they were going to treat "loyal" customers this way, we would leave. Nothing. So, we left. Verison USED to have great customer service, but they've gotten to big for their britches, so screw them.
September 23, 2015

tdonaghue
While this article is almost a month old (missed it the first time around), I was able to change my plan and not only shave $10 off, I dropped down a couple of tiers in the data plan as I don't come even remotely close to my limits and was able to save an additional $20 for that.

nestormart
i have 15 GB for $100.00 shared between 4 lines, this plan is no longer available, but the options available are actually more expensive. the most comparable one is 14 GB for $120.00, pfft, i think i'll keep my plan for now, it seems this change only applied to 3GB or less.
February 6, 2015

echod99
this is the second time in the last year or so that Verizon has upped your data at the same price without telling you. I've dropped back down 2 times no saving me $10 per month each time and this change has no effect on your 2 year contract. They make these changes hoping the average consumer won't catch them. Pretty smart idea on their part.
February 6, 2015

lcbrownz
My current verizon plan (now discontinued) has the same coverage as the MORE plan but it charges $10 less for using my Note 4.
February 6, 2015

Lindsay Sakraida (DealNews)
@marauder2525 Yes, it's generally accepted that both T-Mobile and Sprint don't have the same coverage as Verizon, and even AT&T. BUT! Depending on where you live, it might not be a big deal. I switched to T-Mobile for the cheaper plans, and I don't have any issues in cities and well populated towns. When I start to get more rural though, it becomes an issue. That's so rare for me, that I don't care. But obviously that won't be the case for everyone. Also, 20% savings is about right, but again that depends on the plans you choose. (Switching sometimes makes you realize you don't use as much data as you think.) And although it's not MASSIVE, that adds up over a year. I've been happy since I switched, but I don't know much about Sprint...
February 6, 2015

BBlacklow
This was handy. I really didn't save any money ($1 a month or so), but now I have unlimited talk and text instead of 700 shared minutes. Thanks Dealnews!
February 5, 2015

ronc33
It applies for verizon users with everything plan with 3gb or less.
February 5, 2015

marauder2525
I read an analysis of the Sprint switch and from what I remember, Sprint does not have the coverage that Verizon and AT&T have and by the time you purchase new phones etc. the savings is about 20% with less coverage. I don't remember if you can port your old number to Sprint.
February 5, 2015

Louis Ramirez (DealNews)
@tleaf I don't think Verizon is treating this as "switching" to a new contract or even renewing your current one. It's just a promotion that most Verizon customers should be able to get by simply going to the store. I can vouch for this because I just did this for my contract and the Verizon rep made the process easy. It was my understanding that as long as your account is active (and you bring valid ID to the store) -- you're good to go. I asked when the promo expires, but they wouldn't give a solid answer. (Your discount won't expire, but this promo will eventually end).
February 5, 2015

hotdeals2010
Here's a tip I purchased a unlocked cdma phone from Amazon completed my 2 year contract with Verizon Wireless and switched to Straight Talk however i'm still using Verizon services
and I have unlimited talk,text and data for 50 dollars a month.
February 5, 2015

tleaf
Does anybody know if you are on a more everything plan with a 2 year contract- will this break your contract by changing your plan?
February 5, 2015

manitoass
Just noting a small typo:
And Sprint hyped an initiative to lure customers away (and in many cases, back) from Verizon and T-Mobile by "cutting their bills in half."

should say Verizon and AT&T, not Verizon and T-Mobile. If Sprint could slash T-Mobile's price in half, I'd jump on that instantly.