Comcast Wants to Buy Time Warner: How Might the Merger Affect You?

Comcast is moving to acquire Time Warner Cable, which would solidify its place as the largest cable company. But will the FCC let the $45.2 billion deal go through?
BY:
MICHAEL BONEBRIGHT
Former Senior Blog Editor 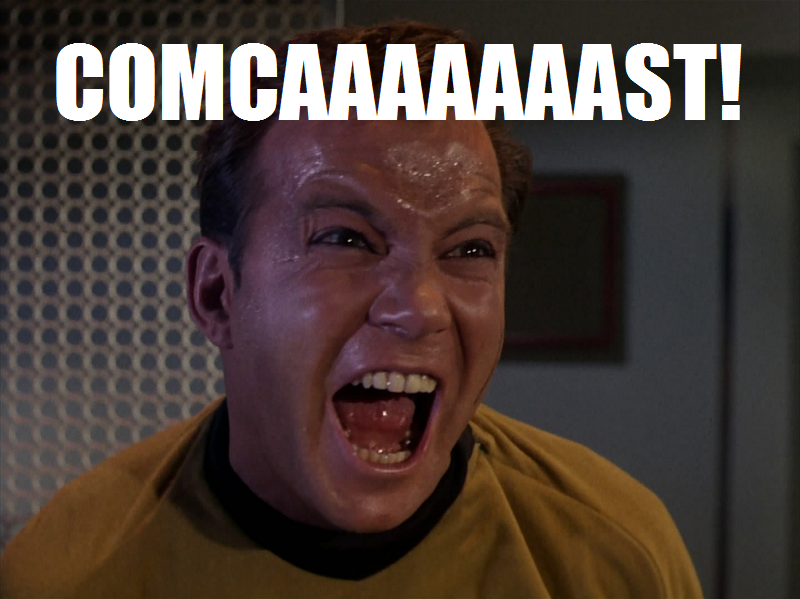 In a move that's causing uproar among consumer advocates, Comcast will acquire Time Warner Cable for $45.2 billion. Wednesday night, CNBC reporter David Faber broke the news via tweet: "Comcast to buy Time Warner Cable in all stock deal worth $159 per $TWC share." Comcast is already the largest cable company in the country, so the deal is certain to draw scrutiny from the FCC. But despite the concerns of consumer advocates, the regulatory agency isn't likely to stop the deal. So how will this merger will affect you?

The Buyout Positions Comcast as a 'Bully'

For one thing, Comcast will actually shed some subscribers. "To pass muster with anti-trust authorities and the FCC," Forbes reported, "Comcast is reportedly planning to divest cable systems with 3 million subscribers, keeping its share of the market below 30%." The 30% ceiling was put in place by the FCC to prevent a company from holding sway over too much of the country.

Despite the 3 million customer concession, having that many subscribers is still bound to give Comcast even more political, financial, and media influence than it already holds. Consumer advocates have wasted no time protesting the buyout for these reasons. "If Comcast takes over Time Warner Cable, it would yield unprecedented gatekeeper power in several important markets," said John Bergmayer, senior staff attorney at Public Knowledge, according to CNET. "An enlarged Comcast would be the bully in the schoolyard, able to dictate terms to content creators, Internet companies, other communications networks that must interconnect with it, and distributors who must access its content."

The Deal Will Probably Go Through, But Will Customers Benefit?

Comcast isn't likely to face any hard questions about competition from the FCC. "It's okay for a giant cable company to buy another giant cable company, because cable companies don't compete," Re/Code explained. Because Time Warner and Comcast control different areas and different customers, they aren't currently competing with one another.

For its part, Comcast claims this buyout will benefit customers. "Scale enables better customer experiences," the company said in a statement, as reported by Ars Technica. "The national scale created by this merger will improve Comcast's ability to compete against its national competitors like DirecTV and DISH, as well as telcos like Verizon and AT&T." What's more, Comcast claims it will be able to offer Time Warner customers features they don't have under their current plans.

Clearly, Comcast and Time Warner Cable wouldn't be moving forward with this buyout if the companies didn't think it could pass regulatory muster. Time will tell if the move really will benefit customers, as Comcast claims, or if the merger will only benefit the company's shareholders. The truth likely lies somewhere in the middle, with some Time Warner customers enjoying better service and Comcast eventually taking advantage of its larger market share.

Readers, what do you think of the Comcast buyout? Are you a Time Warner customer who welcomes the change? Or are you afraid this deal will ultimately lead to higher prices down the road? Share your take in the comments below!

vwoom
I ditched cable a loooooong time ago...then switched to a Roku, until last month (still have the Roku, actually have 2) when I upgraded my boob-tube for a 55" LG 3D LED Smart TV with Premium streaming apps...

Cable is so 20th Century.

mikekilpatrick
Comcast is a horrible, monopoly, bad service company that shipped all of its customer service to other countries. I have had THIRTY techs to my house in two years and there are still problems with service. They are gauging customers so much they bought universal studios, what does that tell you???? HORRIBLE HORRIBLE COMPANY and we have No competition within minutes of Philly. So the service will never get better....
February 13, 2014

mike01001
Cable companies are all regional companies anyway. If a consumer wants choice there are alternatives (Dish, Directv , ATT, or Verizon). Technology is changing so fast in terms of streaming content, in a few years this deal could be a big mistake for them and their shareholders. It's called free market place risk. And with a larger subscriber base it could reduce the number of rate increases by giving them leverage with content providers.
February 13, 2014

zebdaddy
There is no competition for cable from other cable. They are local monopolies. Their merger is a non issue.
February 13, 2014

Cilvre
Anyone not living under a rock would realize how bad this is for any potential competition. The fcc should only allow this if they are able to make all internet providers the same as telephone providers. I'd accept it if they were just the dumb pipe I pay for and they didn't affect my choices on internet browsing. I have no choices where I live besides comcast and I'm hoping google expands more of their fiber as a result of things like this happening.
February 13, 2014

badam
I currently have Comcast and in addition to their recent drastic spikes in service charges, they are completely worthless when it comes to customer service. The first month they overcharged me and it took 4 phone conversations(Each assuring me that the problem was fixed) to return the bill to the quoted price.

Furthermore, their internet speeds are not guaranteed and they happily remind you of that when you complain that you are getting 5Mbps when you pay for 50Mbps. The only time I get the speed I pay for is at the ungodly hour of 3AM.

This merger does not bode well for consumers, especially with the monopoly Comcast will have over many cities. Anyone that thinks this is a good thing is kidding themselves.

ddgiant
Lets see, first net-neutrality was deemed not legal, now this. I have Comcast and some web sites will not load at a useable speed (most notionally YouTube) since the ruling on net-neutrality. We know Comcast was flexing there muscle to help get that to go away. Now give them even more muscle? this is a bad idea. Most markets there is not direct computation for these companies as it is. so it is OK to make these companies bigger? Gee any one remember the ma-bell that how it started.
February 13, 2014

Jorge314
I think it's a good thing for consumers. Comcast has really improved their service in the last few years and i think their internet service is unparalleled.
February 13, 2014

VIEW ALL
Blog · Morning Jolt · 10 hrs ago
5 Deals You Need to Know Today: Under Armor Outlet Discounts
There's up to 40% off at Under Armor for all plus extra savings for those who spend $100 or more. Check out this offer and more in our roundup of the five best deals we found over the last 24 hours.
Blog · Buying Guides · 22 hrs ago
What to Expect From Father's Day Sales in 2022
Father's Day is around the corner, and sales will be in full swing before you know it! Check out our guide on what to expect from Father's Day sales in 2022, including what will be discounted and the savings we should see.
Blog · Marketplace · 1 day ago
How to Create Coupons on Amazon
Amazon brought coupons to Seller Central in 2017, but these aren't your grandmother's coupons. Learn how to create coupons on Amazon, and what to know before you do.
Blog · Buying Guides · 2 days ago
6 Simple Ways to Renovate Your Kitchen Through Home Depot
If you're feeling like your house needs a refresh, consider these simple ways to do a Home Depot kitchen renovation. You can update your look and potentially increase your home's value!
Blog · Buying Guides · 6 days ago
What's the Best Time to Buy Big-Ticket Items?
Savvy shoppers are always on the lookout for a great deal, and to help you out, we've put together guides on the best times to buy big-ticket items.

Apply code "50HF4DGJ" to get half off. Buy Now at Amazon

Apply coupon code "MEMDAY15OFF" to get this deal. That's $12 under what you'd pay at Amazon. Buy Now at eBay

Coupon code "HONOR" cuts it to $28 off list price and yields free shipping ($9 value for orders under $99). Buy Now at Lands' End