20 Cities Where You'll Save the Most on Hotels This Summer

Get the most bang for your buck this summer by visiting a city that has had big drops in hotel pricing since last year.
BY:
LINDSAY SAKRAIDA
DealNews Contributing Writer 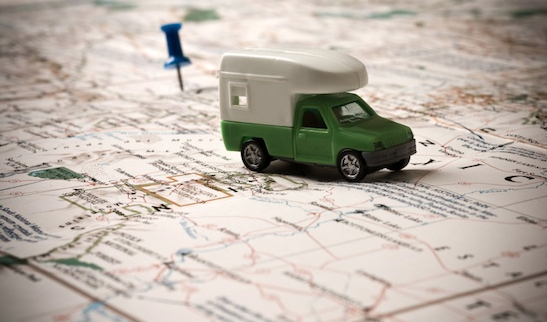 As budget-savvy consumers, sometimes it's imperative that we pay as little as possible for something. At other times though, we're willing to spend a bit more — but we still want to know that we're maximizing the value of what we get for our money.

This "bang for your buck" approach to shopping is especially relevant as we all start craving an escape this summer. Choosing a hotel is often a balance between cost and comfort, and spending slightly more to get a deal is often well worth it. Thus, if you're flexible in your vacation plans in the coming months, you might want to consider a city that has dropped in price over the past year.

Priceline.com took a look at the average daily hotel rates for a variety of U.S. cities and regions during the summer of 2013 (from June to August), and compared those rates to what you'd pay this summer. What follows then is a list of the cities that experienced the biggest drop in average daily hotel rates year over year; in these regions, you'll now pay less for the same quality accommodations.

And the Winner Is...

Get ready to blast some "Eye of the Tiger," because the winner in Priceline.com's list is Rocky Balboa's hometown city of Philadelphia.

With a 10% decrease in average hotel rates year over year, the City of Brotherly Love has experienced the most significant price drops, while simultaneously maintaining relatively low rates compared to other cities. For example, Maui also experienced a 10% decrease, and Ocean City also ranked high on the list, but both feature average hotel rates of at least $179 per night, whereas Philly comes in at a reasonable $118.

Thus, Philadelphia is probably your best bet for a budget-friendly destination this summer. It's also worth noting that Miami checks in at a respectable #6 on this list, with a 6% decrease in price since last year. That means you could very well save even more on a Disney vacation this summer if you also choose the cheapest weekend to go.

Readers, check out the chart below, and let us know where you're planning on traveling to this summer. 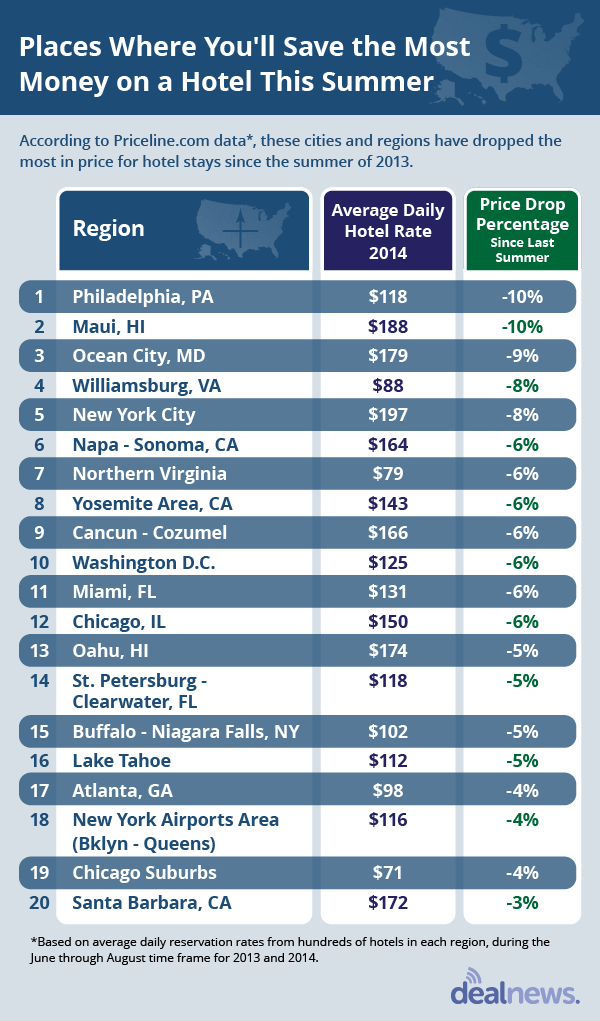