Circuit City Is Back From the Dead

Thought to be dead and buried, Circuit City is now on its way back thanks to a CEO who believes in the brand.
BY:
JULIE RAMHOLD
Senior Staff Writer/Spokesperson 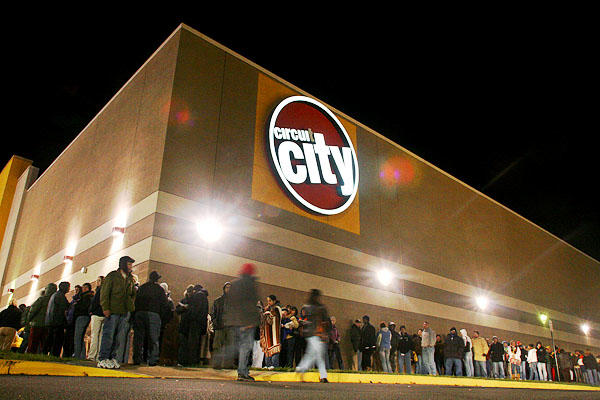 Circuit City and Radio Shack were the big names in gadget stores of the 80s and 90s. And while they both rose to the top of the mass electronics field, neither could keep it up forever. Circuit City abruptly went bankrupt in 2008, due to the inception of the financial crisis and changing customer demands.

This past October, New York retail executive Ronny Shmoel bought Circuit City from Systemax, and named himself CEO. Now he's aiming to bring back the once super brand. According to Mashable, Shmoel believes that Circuit City has shed some of its negative image by staying out of the spotlight, and that the brand is still very recognizable to people ages 25 to 35. (He himself is "on the cusp of being a millennial" at age 38.)

Shmoel plans to reintroduce physical Circuit City stores, but he also wants to build a significant online existence. Part of his plan to do so means changing the product line and focus. The new emphasis will be on items in gaming, wearable devices, 3D printers, and tablets, among other gadgets.

Additionally, the brick-and-mortar stores will not be the large electronics entities from the glory days — they will be much smaller to ensure they are more easily managed.

Shmoel also states he wants to revive retail in general. He notes that the retail we were familiar with has declined in the last five to seven years, but champions a modern retail, one "infused with the omni-channel of online."

Readers, are you excited for a new and improved Circuit City? Will you be shopping in the stores or online? Or do you think it's too little, too late? Sound off below!

Ricochet-Rabbit
Customer demands back in '08? Could that be not wanting to be attacked by a bunch of commission hungry leeches from the moment you enter the store?
Stay a memory along with Highland, Silo and Fretter.
February 7, 2016

ski522
Actually this can work...Best Buy has been able to resurrect themselves. There are many things brick and mortar offers that Amazon can't...basically there are times when you physically want to look at a product! The problem was pricing with Amazon, match that and you'll have Bezo's sweating. Amazon missed 4Q...the kink in the armor is there.
February 7, 2016

OldTooly
I used to go to Circuit City. They were an OK store. But honestly, there isn't enough business now a days for another big electronics retailer, at least in my area, Kansas City. And with cloud computing just a few years away many fewer people will be buying new PC's and you can buy video and audio in many other retailers. I wonder what this guy was thinking to try this. I wish him luck.
February 7, 2016

snaimpally
As buddy13system points out, as a cost saving measure, the former CEO fired the commission-based electronics sales staff and made everyone paid by the hour. The commission-based staff had incentives to be knowledgeable about the products. The staff that was paid hourly, whether they sold something or not, had no incentives to know what they were doing. Their attempt at Geek Squad ("FireDog") became "You're fired dog!" when the company went bankrupt.
February 7, 2016

wrisafro
we need more tech stores but lets face it bestBuy is not tech,microcenter and frys are not major chains. and waiting on shipping sucks for parts.

as a former systemax and tigerDirect company ,retail needs to be done rights and they went for high margin items and that failed them , along with defunk mir.

ohh the stories i could tell of poor mgmt, and bad decisions . i leave you with this one location had no security and thieves walked out with netbooks in their pants. management put a quota on sale employees at the tech desk to sell crappy antivirus software, and eventually mattresses. yep beds. your a talented tech but you better start to learn how to sell bedding.

so retail is not dead ... but it is fragile.

nimer
YES PLEASE! I came to the states in late 90s, and Circuit CIty was my favorite for gadgets. I hope they do it right, we need more choices and competition
February 7, 2016