Cape Town to Rotterdam: 10 Amazing Stops Along This 35-Night Cruise

We can dream, can't we?
BY:
PAULA BRADLEY
DealNews Contributing Writer

It's much harder to have an adventure these days. Oh sure Christopher Columbus was a great explorer way back in the fifteenth century, but could he have an epic voyage these days when GPS can get you to a McDonalds pretty much anywhere in the world?

However, there is still some oceanic adventure out there: Holland America Line is offering a 35-Night African Explorer Cruise for Two (from $4,398, a low by $201; ends October 9). Admittedly this adventure is unlikely to feature lions or elephants, but you can look forward to exotic languages, unfamiliar terrain, and weird and wonderful food. Depart on November 15 from Cape Town, South Africa, and cruise up through Namibia and Angola. From there, it's on to Cape Verde, Spain, and Portugal, before finally arriving triumphantly in the land of clogs and tulips. Here are some of the destinations on this cruise to whet your appetite.

Cruise from Africa to Rotterdam 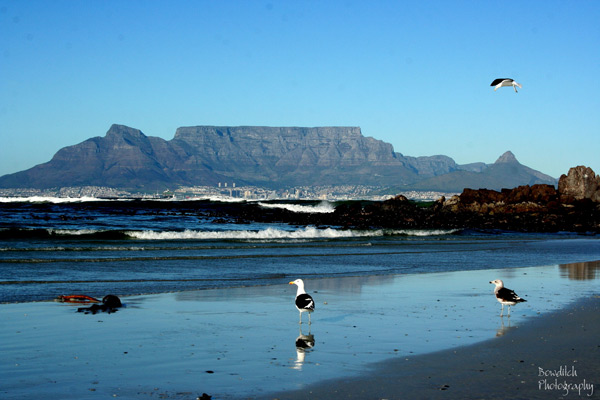 Board the ms Amsterdam in Cape Town, where you'll have two days in port to explore the city before setting sail. Take the cable car up Table Mountain, shop in the V&A waterfront, and don't forget to sample some of the local wine. 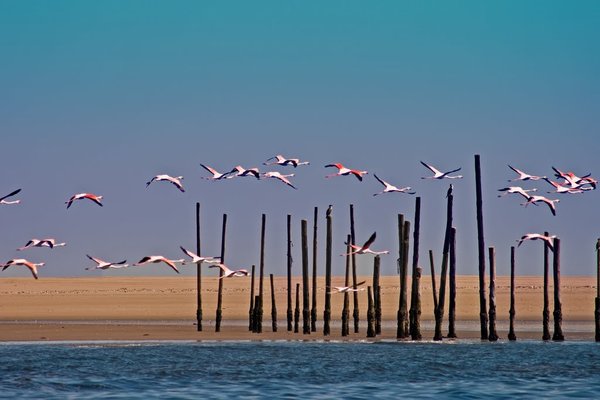 Stopping in both Luderitz and Walvis Bay, you'll discover that Namibia is half African, half Bavarian, with tribal dancing and oompah bands. Walvis Bay is famous for its wildlife, especially Humpback whales and plankton-eating flamingoes.

The coastal capital city of Luanda has spent three consecutive years at the top of Mercer's list of most expensive cities in the world for expatriates. This is mostly due to its oil, but the good news is that the city now boasts world class chefs who combine their skill with fresh and abundant seafood to provide diners with a culinary treat. Go local and try a dish like Mufete (pictured). 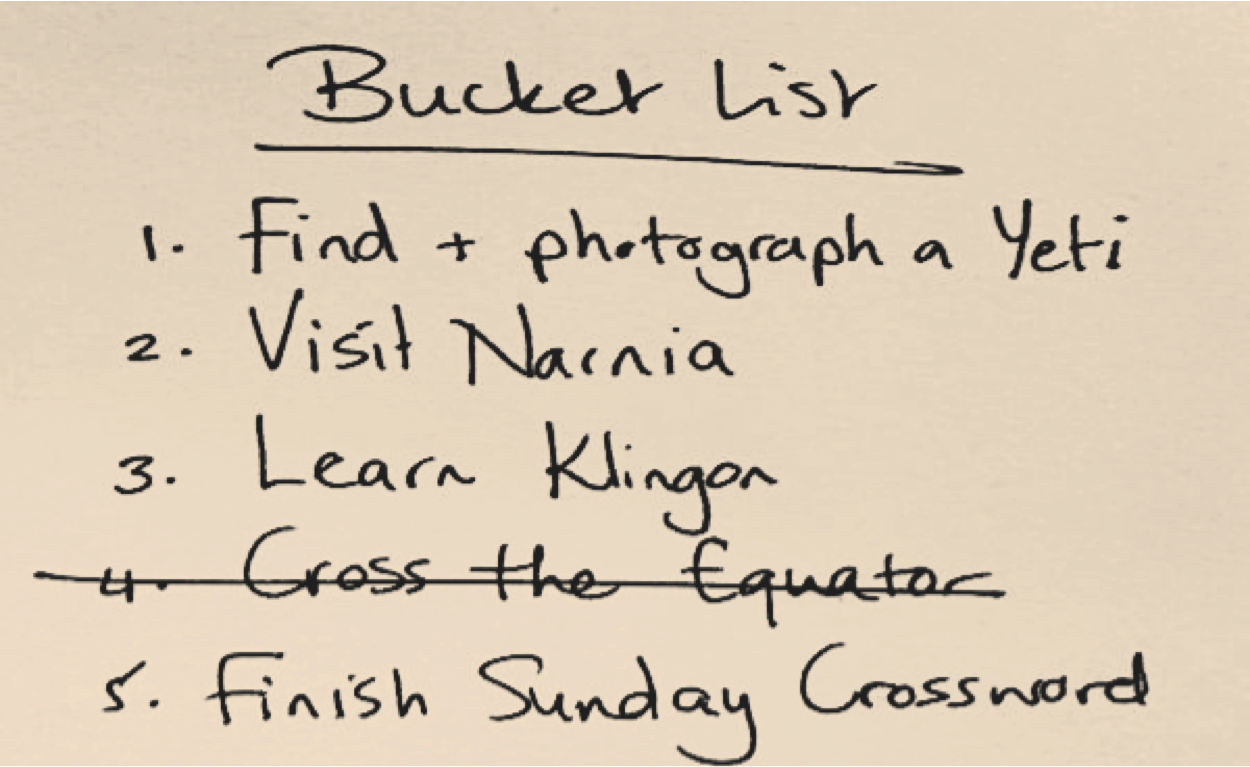 Perform your own little Crossing of the Line ceremony as you cruise from one hemisphere to another and feel the satisfaction of marking off a truly remarkable achievement from your bucket list. 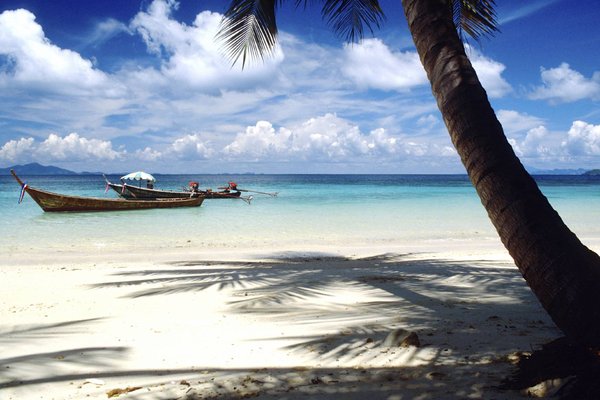 Get Tropical in Cape Verde

Your cruise will dock at the capital city of Praia on the island of Santiago as well as the smaller northern city of Mindelo on São Vicente island. Wander the European-style streets in the capital before retiring to the soft white beaches to soak up the sun, sand, and sea. 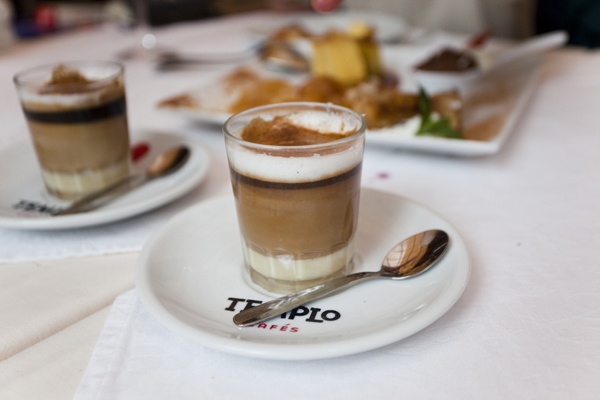 Spain and the Canary Islands

Tenerife is a great place to uncage your party animal after several nights at sea. Take the edge off with a Barraquito coffee, a local speciality (pictured). Next it's on to the island destinations of Las Palmas and Arrecife, where it's all about the beach. Later in your cruise you'll also stop at the historic cities of Cadiz and Vigo in southwest Spain. 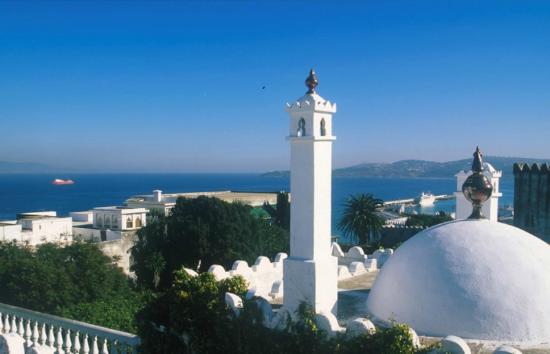 Rock the Casbah in Morocco

Explore the Berber markets in Agadir and sip sweet mint tea from a silver kettle in Casablanca. Then stick on Rock the Casbah by the Clash and explore Tangier's thirteenth-century Kasbah Mosque. 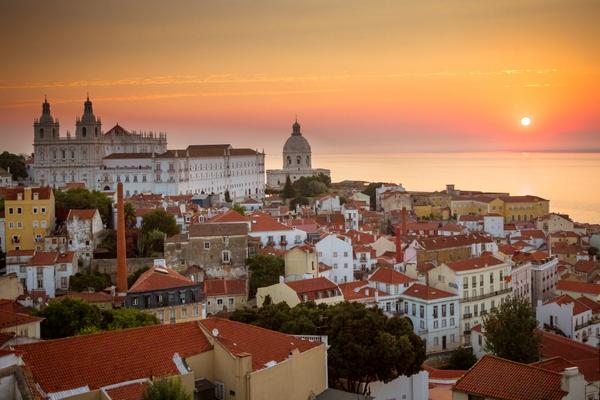 Step off the ship and into Lisbon, Portugal's capital city, the oldest city in Western Europe and indeed one of the oldest in the world. This city has seen it all, from Romans to Moors to Crusaders to Napoleon. There is so much to do and see, but we absolutely insist you take tram 28 up to Amalfa for spectacular views over this "global city." 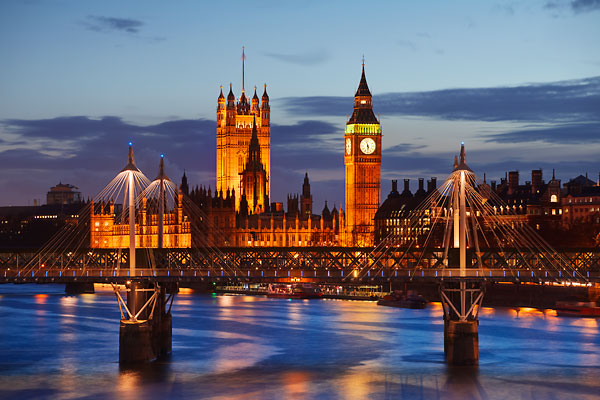 As the cruise winds down you have a brief stop in London, long enough to run across the London Bridge telling everyone to behave in your naughtiest British accent. 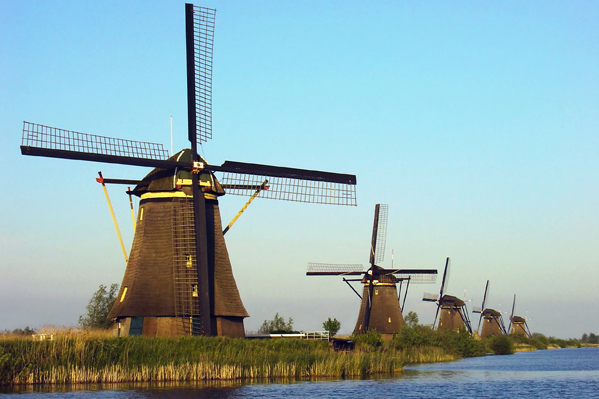 As this epic 35-night cruise winds comes to a conclusion you disembark in the fitting town of Rotterdam, Holland. We say fitting because it was seventeenth-century Dutch merchants who were the first Europeans to stop at the Cape of Good Hope (now Cape Town) and founded a trading post that is now one of the biggest metropolises in Africa.

Don't have a couple of months to give over to swanning around the west coast of Africa on a boat? Take a look at our other cruise deals; we've got adventures of all shapes and sizes.

dealnews-bglaser (DealNews)
@Philthy Joking or not, concerns over ebola in Africa are valid- but southern Africa, including the cruises' only ports on the continent (South Africa, Namibia, and Angola) is not only Ebola-free, but is in fact thousands and thousands of miles from the outbreak. As NPR points out, some parts of Europe are closer: http://www.npr.org/...a-from-a-giraffe-in-tanzania
October 8, 2014

Philthy
No mention on wether contracting Ebola was included in the price of the cruise or is it extra.
October 7, 2014

Blog · Roundups · 8 hrs ago
The Best Video Game Deals
The best of the best when it comes to video game deals, cheap consoles, and discounted accessories are gathered here, in one convenient roundup.

Blog · Morning Jolt · 9 hrs ago
5 Deals You Need to Know Today: Save Nearly Half Off at Nike
It's the great return of Nike, galloping triumphantly into the roundup brandishing discounts left, right, and center. Check out this offer and more in our roundup of the five best deals we found over the last 24 hours.

Blog · Buying Guides · 4 days ago
Should You Book a Summer Vacation in 2021?
Last year, travel shut down all over due to the COVID-19 pandemic. Now, some consumers are starting to wonder: should you book a vacation for summer 2021? Check out our guide for the factors to consider before you travel.

Book ahead -- as far as December of next year -- and save at least $524 on a 5-night stay in this newly built resort (opened 2019). Located on the island's southern coast, the resort is in view of the Blue Bay Marine Park and an hour's drive from Chamarel Falls and the Seven-Colored Earths sand dunes. You can also take advantage of complimentary kayak, paddle-board, and mountain bike rentals for further adventure. Buy Now at Travelzoo

Purchase the Samsung Galaxy Z Fold2 Smartphone and choose either Galaxy Pro Buds or Galaxy Watch 3 to save. Shop Now at Samsung

That's $21 under our mention from last week, and a savings of 40% off the list price. Buy Now at Birkenstock

That's the lowest price we could find by $52. Buy Now at Amazon

Take 66% off when you buy three. (Select items are discounted up to 76% off three.) Shop heart supplements, vitamins, probiotics, immune support, and more. Shop Now at Puritan's Pride