Can a Negative Review Get You Sued? 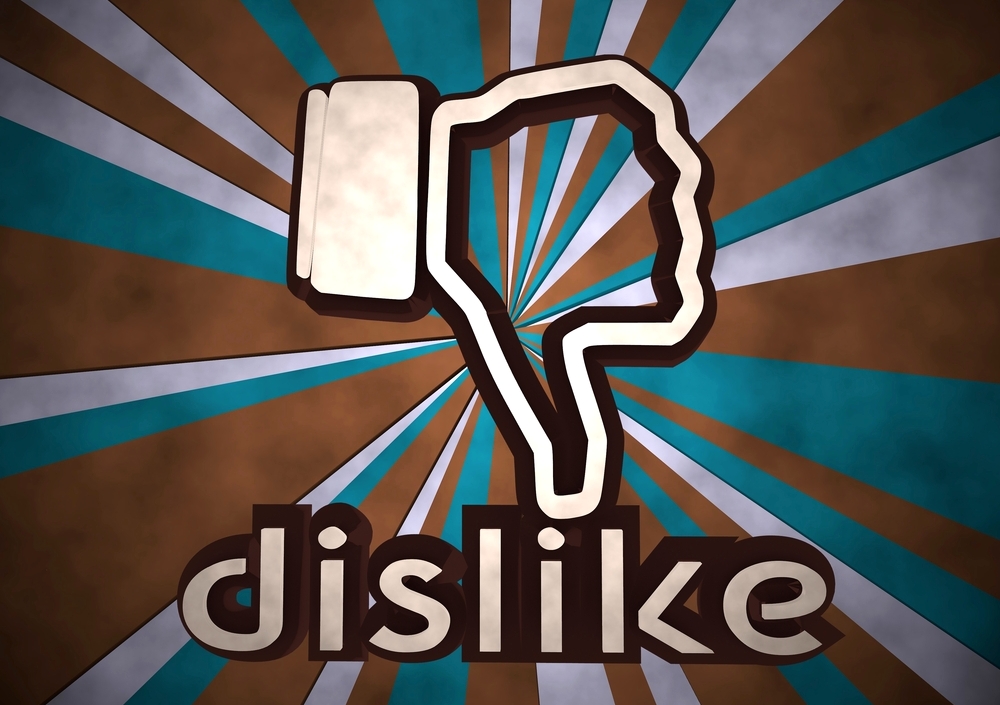 Writing a bad review is a powerful form of catharsis. You spent money on a good or service and had a negative experience, so you do the only thing you can: try to warn others.

Internet denizens have a variety of critical tools at their disposal, from the humble Amazon review section to organized forums like Yelp, to paid communities such as Angie's List. But what happens when the business you're reviewing takes issue with your commentary? Recently, some authors of negative reviews have begun receiving lawsuit threats.

One Bad Review Away From a Lawsuit

Earlier this month, a man who left a bad review for a Medialink router on Amazon received a letter saying he'd face a defamation lawsuit if he didn't delete the comments. The man posted the letter to Reddit, causing an immediate backlash against Mediabridge Products, the makers of the router. In a statement on the company's Facebook page (which has since been deleted), the company reportedly denied having actually filed a lawsuit against the reviewer but admitted that "Amazon has revoked our selling privileges," according to Ars Technica.

It is heartening to see that Amazon would support a customer's right to leave a bad review in this manner. However, there's no denying that another customer may not have been able elicit the same Internet backlash, which likely prompted Amazon's response. Staring down the barrel of litigation, another customer might have been bullied into deleting the review. Unfortunately, online reviews are increasingly becoming the subject of court battles.

For example, in January a Virgina court ordered Yelp to reveal the names of seven people who left negative reviews for for a carpet cleaning company. "Consumers may feel the need to speak anonymously for privacy reasons or for fear of unfair retaliation by a business," Yelp said in a statement to CNET. "This ruling also shows the need for strong state and federal legislation to prevent meritless lawsuits aimed solely at stifling free speech."

The Truth is On Your Side

Ultimately, you have every right to leave a bad review, as long as you act in good faith and don't lie. The difference between a legal negative review and an illegal one comes down to libel in many cases: "While defamation laws can vary depending on the jurisdiction, libel is the defamation of a company or individual in written form," explained TekRevue. "To prevail on a libel claim, the plaintiff must prove that the defendant made a published statement about the plaintiff that was false, injurious, and unprivileged." So what does that mean for reviewers? We're not dispensing legal advice, but everyone knows that honesty is the best policy.

Of course, not all reviewers have good intentions. As The Telegraph reported, some British hotels and restaurants claim they've been "blackmailed" by guests "who demand free meals and stays in exchange for not writing bad reviews on the TripAdvisor website." However, knowingly lying in an online review falls under the definition of libel — and that's a lawsuit you'll probably lose.

No one wants to deal with with public criticism, but recent research suggests that a few 1-star reviews may actually help a company's reputation. A study published the Journal of Consumer Research "found that polite but negative reviews could improve the way a customer views your products and services," reported Forbes. "Participants even named a brand more honest, down-to-earth, cheerful, and wholesome when there was a polite customer complaint, compared to no complaint at all."

There's a lesson here for businesses and consumers: online reviews should be seen as a form of constructive criticism, not revenge. When a customer shares a bad buying experience online, it's a chance for that company to learn from its mistakes. In the worst case scenarios, well-intentioned negative reviews can warn other customers away from bad apples. But if the customer isn't interested in being helpful and instead chooses to lie, then they could face genuine legal trouble.

Readers, have you had a bad online review challenged by a company? Or maybe you're a business owner who's been the target of malicious reviewers? Share your perspective in the comments below!

TechTalk
So If I post a video that isn't against Amazon, Just to complain about their delivery services, Will I get sued?
September 27, 2018

Wilko11
I have been threatened with legal action as I left a negative (but true) comment on Yell about a loft conversion company that I had a negative experience with. This company took £900 off me for 'drawings' that I did not receive after cancelling the job because I got suspicious about the company delaying the job for too long. I will let you know if I hear any more from this company. I received a text message today, threatening legal for 'an online attack' as they called it. :(
March 21, 2018

marilia
I received a threat from a lawyer after he insulted me for not hiring him. Here is the email. It is scary, because here in OKC they can basically do whatever they want.

I demand that you immediately withdraw all of your "reviews," and all comments whatsoever, regarding me everywhere you have posted them anywhere on the Internet, or elsewhere, or I will personally see to it that you suffer all adverse consequences afforded by the law against the misconduct against me you have gratuitously engaged in.

(I am afraid to give his name)

sandynpete1@internode.on.net
I left my first ever ' critical ' review on a bakery site, after paying quite a bit for a cake for my sons 30th .The cake was dry and hard on the edges ( not pleasant) and thats whst I wrote but was a bit annoyed that I got several people giving me flack.over it, even saying I could be sued.I just wanted to give the Bakery the heads up that we would be returning the remainder of the cake on the Monday whether we were refunded or not
They ( The business ) seemed the only ones that appeared sorry they the cake was a disappointment in an otherwise perfect 30th celebration where I paid fror my youngest son to fly out secretly to surprise his big brother .The business offered to make another cake also, so I was a bit peeved at other peoples comments that I could be sued.
July 31, 2017

nydiva2
I'm a graphic designer, and I left a mildly negative review about a printing job on a niche blog. The printer/owner insisted the pics I took made his printing job look bad. The owner then posted pics he/she had taken of my work on the company's Facebook page without my permission. And he/she refused to cooperate when I asked them remove the pics. Facebook finally removed the copyright violation. Given the disproportionate reaction of the printer, I wonder if he/she has consult a lawyer about my review. I'm not worried. The printer's behavior was unprofessional and had he/she ignored my review, fewer people would have read about it.
November 20, 2014

DennisLaurion
I was sued from 2010 to 2013 for relating my impression of a neurology exam of my father.

Dr. David McKee, a Duluth neurologist, was not laughing when he saw what one former client wrote about him on a doctor-rating website. The reviewer, Dennis Laurion, complained that McKee made statements that he interpreted as rude and quoted a nurse who had called the doctor “a real tool.” As these statements echoed through the Internet, McKee felt his reputation was being tarnished. He sued, and so began a four-year journey that ended this year in the Minnesota Supreme Court.

But boundaries were not on the minds of the Minnesota Supreme Court. Free speech was. Chief Justice Lorie Gildea wrote, “The point of the post is, ‘This doctor did not treat my father well.’ I can’t grasp why that wouldn’t be protected opinion.”

iowac
This is b.s, trying to bully a bad review is not how you win customers over, it is how you react to the bad review, certainly replying with we are sorry to hear your disappointment in our product, please get in touch with us at X number and we can correct this issue with you.

If you take the route of remove your review or we will sue.. clearly is not going to win points and will get consumers angry at you and revolt against your company. Stupid way to solve the issue.
May 20, 2014

VIEW ALL
Blog · Roundups · 2 days ago
Save on the Best Spring Vacations and Travel Deals in 2023
Warmer temps are on the horizon for many people, which means it's time to start planning some spring travel. Check out the best deals available now!
Blog · Morning Jolt · 2 days ago
5 Deals You Need to Know Today: Weekend Quiz! Also, LEGO.
It's time for questions, answers, and savings, but not necessarily in that order – starting with a LEGO sale, and some related trivia. Check out this offer and more in our roundup of the five best deals we found over the last 24 hours.
Blog · Buying Guides · 3 days ago
The 191 Best Military Discounts in 2023
Businesses and restaurants want to thank you and your family for your service. Read on to discover the best military discounts we could find!
Blog · Roundups · 5 days ago
The Best Presidents' Day Sales of 2023
Presidents' Day mattress sales are events that savvy shoppers should definitely check out. But there's more to the holiday than just new beds! Check out all the Presidents' Day sales available now!

Save on kits for men and women. We've pictured the King C. Gillette Style Master Beard Trimmer for Men for $27.96 ($12 off.) Shop Now at Amazon

There are dozens to save on, of which we've pictured the 8-Piece Square Glass Canister Set for $29.99 ($40 off) Shop Now at Woot! An Amazon Company

Frontgate · 6 hrs ago
Frontgate Clearance
Up to 70% off
more

Save on everything from decor, rugs, lighting, patio furniture, bedding, furniture, and more. Pictured is the Serafina Storage Cabinet for $799.97 ($3,199 off). Shop Now at Frontgate

It's $18 less than you would pay direct from Warmies. Buy Now at Macy's

Save big on boots from Frye, Ariat, Roper, Dingo, and more, like the pictured Nocona Boots Men's Go Round Embroidery Square Toe Cowboy Boots for $82 ($98 off). Shop Now at Shoebacca