Can Lady Gaga Save Polaroid and 3D Save Kodak?

If you are old enough to remember 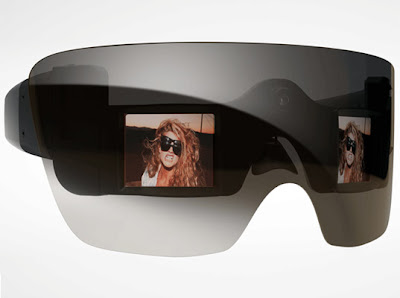 when Polaroid instant cameras were cutting-edge technology and the name "Kodak" was imprinted on the back of all your snapshots, then you'll have a ping of nostalgia at the news that these two iconic brands are struggling in the face of the latest technology trends. Sure, more people are snapping pics, but they are doing so on their smartphones and not even bothering to transfer the shots to their home computers, let alone to paper.

Polaroid is one of the most beloved brands of our times. Its line of instant film has such a fanatical following that when the company declared bankruptcy and announced it would stop producing its iconic film in 2001, a group of fans and former employees got together and took over production in an effort now known as The Impossible Project.

The name "Polaroid" is now owned by a holding company that licenses it out for use on a line of electronics, including TVs and portable DVD players. But the core business — the much-loved instant images — is primed for a resurgence, thanks to pop star Lady Gaga, of all people.

Lady Gaga was named creative director of Polaroid in January 2010, and this January she came to the Consumer Electronics Show to announce three new products, ostensibly developed by the Lady herself. Prices and on-sale dates won't be released until later this year, but the products should be on the market by the holidays. Here's what she came up with:

These items may not have the same allure as the instant prints of old, but given the marketing muscle of Lady Gaga, Polaroid now stands a fighting chance. Not everyone is a Lady Gaga fan, but you have to give the woman her due respect as a marketing machine. She promotes her business ventures as tirelessly as she promotes herself.

Kodak is another nostalgic brand under a lot of pressure. The company traditionally made its money on photographic prints and paper, and it's having a difficult time transitioning to the new technological world order. Most consumers viewed Kodak as a film company, not a maker of cameras, and have bypassed many of it products in lieu of other brands (from the likes of Canon, Nikon and Sony), even when the Kodak model produces superior footage, such as its pocket video cameras, compared with the market leader Flip.

At the Consumer Electronics Show, Kodak showed off new digital cameras that make it easier to share images by sending photos directly to a frame, and a camera and printer that let you capture and print images in 3D. Unfortunately to view the images, you'll need to wear paper 3D glasses. Old school, not unlike the brand.

Kodak and Polaroid are not alone, of course. I write a monthly Better Business column for the Photo Marketing Association's PMA magazine. The readers have traditionally been small businesses, photo specialty retailers and the companies that supply them. Over the years, reader numbers have dwindled significantly, and there are fewer each month. In fact, the association just rebranded its annual trade show to cater to the trade and photo enthusiasts, and renamed the event CLiQ to boost attendance.

What may keep Kodak and Polaroid from just fading away like old snapshots is that they are trying to fit back in however they can. Now, if only the Lada Gaga phenomenon doesn't fade as fast as Cindi Lauper, and 3D doesn't fizzle as much as, well, 3D has in the past.

Laura Heller is a freelance writer based in Chicago who specializes in mass market retail trends and consumer electronics industries. You can follow her on Twitter@lfheller. You can also sign up for an email alert for all dealnews features.
DealNews may be compensated by companies mentioned in this article. Please note that, although prices sometimes fluctuate or expire unexpectedly, all products and deals mentioned in this feature were available at the lowest total price we could find at the time of publication (unless otherwise specified).