Beyond the Case and Screen Protector: How to Protect Your Gadgets

Anyone who has dropped or scratched their iPhone, tablet, or other gadget knows the importance of having a good case or screen cover on it. These accessories can be the difference between having a working device and one that's barely functional. But beyond those basic covers, cases, and contraptions that protect your electronics, there are other dangers owners should be aware of. We talked with some electronics experts for their ideas on the best ways to protect your gadgets from damage that goes beyond the case and screen cover you should already have.

Dust Plugs
At first glance they don't appear to be much, but for just a dollar or two, dust plugs can protect connectors on smartphones, computers, and other devices, says Josh Smith, editor at GottaBeMobile.com. The plugs, like these Headphone Jack and Docking Port Anti-Dust Plugs for iPhone ($0.01 with $2.97 s&h, a low by $1) also help prevent paperclips (or anything else at the bottom of your bag) from getting stuck in the ports. Shooting a burst of air from an air can will also work to remove dust, as well, although some websites don't recommend using compressed air because it may damage the device.

Cooling Fan
Despite the name, laptop computers should be used on a desk or surface that provides air circulation, and not on your lap where the system can get excessively hot. "Most laptops really aren't designed to sit on your lap," Smith says. If you want to use your notebook on your lap, put a cooling fan underneath it to prevent it from overheating. This Lap Desk CoolSurf Cooling Stand ($22.61 with $7.72 s&h, a low by $4) features dual fans and is perfect as a mobile workstation.

Preventing Moisture
Apple products feature Liquid Contact Indicators in their headphone jacks and other connectors, that turn pink when humidity or temperatures get too high. (Click on the image for a more detailed view of where these indicatores are on Apple products.) To prevent moisture, the simplest solution is to not take your iPod into steamy situations including while exercising, Smith says. If you can't break a sweat without some sweet tunes, at least secure the dust plug in the port, and always place the headphone cord in its jack when not using the device, he says.

Waterproofing
Despite our recent feature on headphones that allow you to take your MP3 player in the water, swimming with your music player can be a risky endeavor. However, if you are interested in protecting and waterproofing your smartphone or other gadgets you should consider coating your device with Liquipel Gel (from $59 with about $10 s&h). This stuff won't make your device work underwater, but it will protect its insides and allow your device to function properly if it happens to get very wet.

A less costly way to waterproof your gadgets is to pick up a resealable, waterproof bag. Just be sure to leave some air in the bag so that it'll float in case you drop it in the water, reminds Steve Grubbs, CEO of Victory Enterprises, a social media firm. You can snag a pouch for this specific purpose, like the pictured Waterproof Pouch ($2.49 with free shipping, a low by $3). Be careful before using the phone after removing it from the sealable bag though, warns the Geek Squad from Best Buy. Moisture can build up in the bag from a temperature change when bringing it into a cool room, so after taking the phone out of the bag, let it settle to room temperature before powering it up.

Not Too Hot, Not Too Cold
Speaking of temperatures, like Goldilocks, gadgets operate best in mid-range temperatures. Leaving your gadget in direct sunlight, even on a short trip in the car, can cause them to overheat and possibly break, or at least shut down until they're cool again. "You definitely want to keep your phone or tablet cool," he says. The Apple iPhone 4S, for example, has an operating temperature of 32 to 95 degrees Farenheit, but it doesn't work if temperatures reach -4 degrees or 113 degrees.

Mid-sized gadgets, like televisions and laptop computers, however, should work well in direct sunlight if they have enough air circulation around them. A laptop's internal fan should come on when needed, says Smith, but he doesn't recommend keeping your laptop in a hot, enclosed space for long. "Try to avoid leaving any gadget in your (car) trunk for an extended period of time," he says.

Charge It
Common logic purports that you must wait until your gadget's battery is completely drained before recharging it, otherwise it won't last as long. Smith argues, though, that that's not the case; most batteries will be OK if they're down to a 30% charge and are charged again. Although some experts don't recommend generic chargers, our staff is fond of the inexpensive options we often find, like, for example, this 3-in-1 Retractable Charging Data Cable ($3.49 with free shipping via "SLHF5Q", a low by $6; expires March 18).

Pocket Protection
A simple tip to prevent the glass face of a phone from breaking is to watch where you put it in your pocket, says Jeff Lyons, co-founder of myPhoneMD.net. When in a flat pocket, have the front of the phone facing inside toward your body and not out, which should prevent cracks if you lean against something. 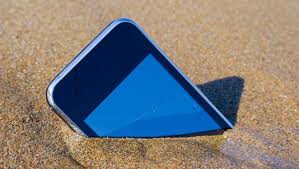 Avoid the Beach
While most folks are aware that exposing their gadgets to water is a bad idea, many overlook the other inherent danger in bringing electronics to the beach: sand. It gets everywhere, right? Well, that's no exception for your gadgets. Protecting your expensive goods in a plastic bag will help, but if your gadget does take a spill in the sand, the Geek Squad recommends using a bulb syringe to blow any particles out of the crevices.

Whatever not-so-ideal situations your smartphone, tablet or other portable electronics encounter, don't try taking apart the device yourself. It's important to remember that for most electronics, removing the battery is one thing, but anything more than that can void any warranties, leaving you, well, left to your own devices.

Aaron Crowe is a freelance journalist in the San Francisco Bay Area. He has worked as a reporter and an editor for newspapers and websites. Follow him on Twitter — @AaronCrowe.

mcdruid
Always check the output of third party chargers with a multimeter before using. Many of them push significantly higher voltages than they claim they do.
March 15, 2012

tartarm
how could Aaron forget the No. 1 way to protect your gadgets? Keep them from your kids.
March 14, 2012