Consumer site Fixya compiled smartwatch reviews and smartwatch complaints, and found that they might not be ready for most shoppers yet.
BY:
LOU CARLOZO
DealNews Contributing Writer 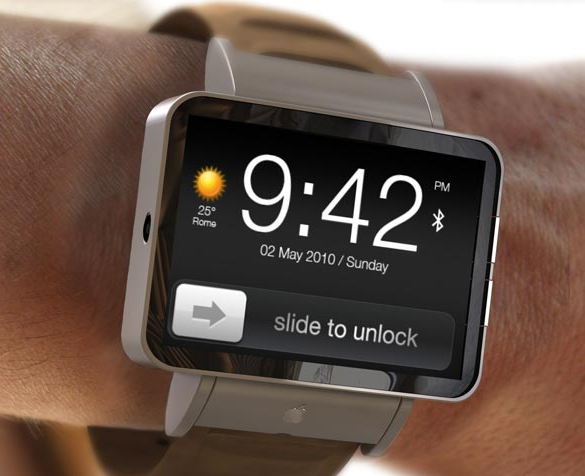 While many people anticipated Apple would introduce their own smartwatch this month, it didn't happen. But it's apparently coming soon. Reuters reports that Taiwan's Quanta Computer Inc. will start mass production of Apple's first smartwatch in July.

Until that watch comes out, a host of rival companies — including Google and its new Android Wear OS — have the market to themselves. The field of smartwatches is still new and searching for standardization, so consumer answers site Fixya prepared a report on the devices, taking a closer look at five different brands.

Fixya cuts through the hype and comes to a sobering conclusion in its report: "Although we've come leaps and bounds in terms of these devices, smartwatches on the whole leave much to be desired, with a plethora of problems that are all too common across the entire smartwatch category."

Just how does that break down, though? We examined the report to clue you in on how each of the watches fared.

All these watches had some problems, based on troubleshooting data from more than 6,000 Fixya users. Those issues were with speakers, screen notifications, and waterproofing (each accounting for 15% of problems). Bluetooth represented 10%, and the "other" category came in at 45%, which includes malfunctions unique to each watch.

"I think what smartwatches can do, even now, is extremely impressive," says Fixya CEO Yaniv Bensadon. "But it's just not to the point now where the average consumer will benefit greatly from purchasing a smartwatch." That's some conclusion to draw, but when you take a look at some of the issues these watches have, it makes sense.

This Doesn't Speak to Me

Speaker quality was a problem common to many of the smartwatches. With the Martian Passport, for example, "Fixya users reported that the device doesn't have the highest in-call sound quality, causing difficulty hearing while on calls due to static," the report says. I'm Watch had similar issues, and the Pebble has no speaker or voice control at all.

"There needs to be a quality speaker in every device," Bensadon says. "This was one of the most common complaints across the board, and it's something that people are expecting."

Don't Water This Down

Smartwatches should be waterproof, but they aren't quite there. With the Martian, "It is not recommended you use your Passport in the shower and to make sure to keep it properly covered if you are walking in strong rainfall," according to the report.

Bensadon notes: "All manufacturers are probably working on a way to waterproof these watches. There's no way that a smartwatch will ever be all encompassing if it's not completely waterproof up to at least 2 meters."

Just as each watch looks unique in its own right, so are the top issues associated with it:

Screen size was another core problem with all the devices. By necessity, all watches have small faces. But with people used to tablets and smartphones, does the decreased size of a smartwatch make sense?

"Our smartphones are becoming larger to give us more screen real estate, because we're constantly doing more and more from our mobile devices," Bensadon says. "I think it's going to be difficult to be able to make something work well on such a small screen, especially if the smartwatches of today provide very little extra value to the device owner."

"It's Definitely Going to Take Time"

When a digital device is new to the market, it evolves over years and new versions. Think back to when cell phones were the size of an Arizona iced tea can, and the only way to store a song on them was to duct tape a cassette to the back.

Perhaps Apple, as it often does, will move the ball down the field when its smartwatch comes out. But it's also possible it will run into many of the same issues identified by Fixya users. For now, buyers may want to hold off until the various manufacturers work out the problems that dog the category as a whole.

Bensadon puts it well: "Since television shows like The Jetsons and Knight Rider were on the air, we've all been fantasizing about a 'superwatch' that could communicate with our cars, our gadgets, even other people. Essentially, the smartwatch market as a whole is just a companion to your phone. In the future, it depends on how the smartwatch utilizes that screen space and how it compares to things like Google Glass. We're getting closer, but it's definitely going to take time."

Readers, have any of you purchased one of these smartwatches? What do you think? Is it worth being an early adapter? Let us know in the comments below.

chicagoliz0206
My husband wants one. Im suggesting we wait off on it, we like the design of the Moto 360 as it is more professional looking. But I can't help but think that an Apple watch will so much thinner than the competition. And Apple is really getting into the market (and also other household manufacturers) of controlling your whole home via iOS. I mean yes it can sound scary, but truth is we seek technology to make our life simpler and save us time. So if your not so paranoid about it, why not FULLY embrace it?
July 14, 2014

DZ676
I love my gear 2 neo and my wife loves her gear fit. No problems, no complaints about either. Only wish there were more apps taking advantage of the device.
July 9, 2014

kyungone
i also think it's too early to buy any of those 'smart' watches at this point
i've looked some of their specs but none of them have wow-factors... and they are just ugly... I dont want to put them on my wrist
with $100-$150, I will rather buy Invicta or Gshock :) for everyday watch.

PureMunky
I would be very interested to see how Android Wear with the Samsung Gear Live and LG G Watch has impacted this report.
July 7, 2014

emmayche
This is typical of any new class of device. There are a whole bunch of early experimenters (e.g., Blackberry) who have some good ideas but all in all make a mess of things...

And then there's Apple, who takes their time, thinks it out, and comes to market with something that makes you say, "Well, of COURSE that's what it should be." And then all the early experimenters either pack up and fade away (e.g., Blackberry again) or copy the design and start building on it with some good and some not-so-good ideas (e.g., Microsoft, Android).

Until Apple releases its product, I would suggest that people refrain from using the term "smartwatch." Because, until Apple introduces the Defining Article, and others start copying it, none of the gadgets out there fit the definition.

That's the best price we could find by $3. Buy Now at Bed Bath & Beyond

Clip the 20% on page coupon and checkout via Subscribe & Save to drop the price $8 off list. Buy Now at Amazon