An Orlando-Miami Trip Filled with Fun for the Whole Family 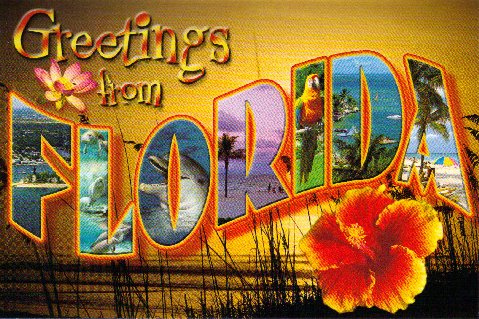 Chores, bills, and incessant trips to and from soccer practice got you down? Let Peter Pan Syndrome come over you (while simultaneously making your kids' dreams come true) with a fun-filled getaway of epic proportions down in Orlando. We've got car and hotel deals that'll appease just about everyone, as well as additional deals for a short stint in Florida's other Magic City to level out your kid-to-adult enjoyment levels while on the same vacation.

Once you've reached the Sunshine State, gather your brood and hop in to your stylish Chevrolet Cruze car rental from Sixt ($19.99 per day, a low by $2; expires September 30) and hit the highway in comfortable style. 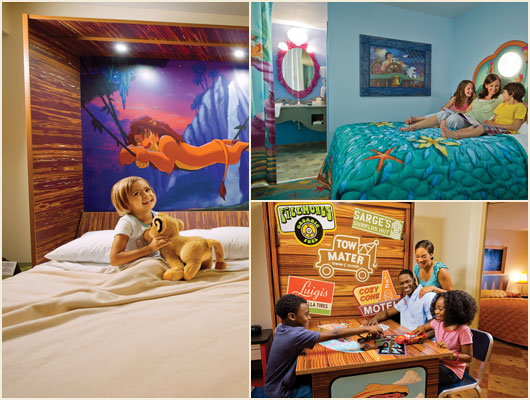 With your arrival in Orlando, it's high time to immerse yourself in everything Disney, lest the little ones start bickering. For fun, family accommodations, head to the pictured Disney's Art of Animation Resort, whose lodging is dedicated to some of the most popular Disney films of the last two decades. Settle down for a 3-night stay bundled with a Quick Service Dining Plan ($882, a low by $62; expires September 30). We're sure you'll get cozy in one of 1,120 (!!) suites designed after Finding Nemo, Cars, The Lion King and The Little Mermaid. In the event of needing fresh non-Disney air, Hollywood Studios and the ESPN Wide World of Sports Complex are just a stone's throw away. But in all-inclusive fashion, there's also free transportation to any of the Disney theme parks your kids' hearts desire. 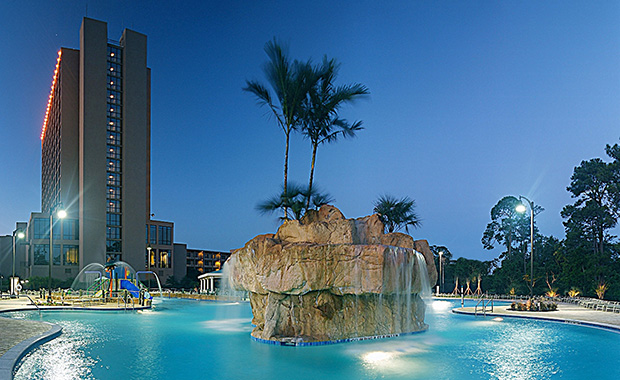 To ramp up the Disney-ness of your Disney vacation, why not stay in the Walt Disney World Resort itself? Nightly stays at the pictured Wyndham Lake Buena Vista Resort start at $69.99 (a low by $5; expires September 30) and come bundled with complimentary breakfast for up to two kids, which is known for the thrice weekly appearance of Disney characters. After breakfast, check out The Downtown Disney Marketplace or head to Universal Orlando, Harry Potter, or SeaWorld via the resort's free shuttle service.

If your kids would rather cavort with marine life than movie characters, head to the architecturally unique Walt Disney World Dolphin Resort where nightly stays begin at $149 (a low by $10; expires September 30). Located between Epcot and Hollywood Studios, the resort gives a nod to its name with two 56-foot tall stylized dolphin statues atop its roof, and five swimming pools and a white sand beach on the property. Guests that stay here also enjoy perks like extra Magic hours that allow visitors to beat the crowds via early admittance or after-closing hours.

For a break from the hustle and bustle, stay at the new Wyndham Grand Orlando Resort, which sits on a private lake amidst 500 acres of woodlands and boasts Mediterranean-style comfort. The hotel offers nightly stays bundled with in-room WiFi and shuttle transportation to Disney theme parks for $125.10 (a low by $9; expires October 1).

But if none of these Orlando hotels are quite the right fit for your family vacation; take a look at other cheap Orlando hotels that charge as little as $55 a night (a low by at least $3; expires October 2). 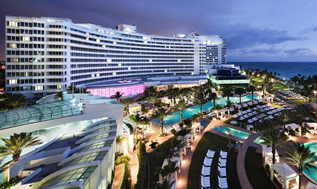 Once you've had your fill of PG fun, it's due time to head over to Miami for a little adult time. Liberty Travel offers a 3-night flight and hotel package for two with stays at the landmark Fontainebleu Miami Beach Hotel for $1,470 (a low by $47; expires September 30). The hotel (pictured) is situated on oceanfront Collins Avenue in the heart of Millionaire's Row on Miami Beach, giving you ample time to relax in luxury cabanas poolside, and take in all the water sports that the beach has to offer. Even better, kids under 10 stay and eat free.

Can't imagine the kids being content for more than two hours on the beach? Then explore the Magic City on a joyride! Cruise around in Sixt's luxurious Mercedes Benz C Class rentals for as little as $37.91 per day (a low by $44; expires September 30).

When you're done cruising, park your ride and enjoy the view at the 4-star, boutique Casa Moderna Miami Hotel in Biscayne Bay, not far from Miami's notorious South Beach. Nightly stays start at $129 and come with a $50 dining credit (a low by $122; expires September 28).

This Orlando-Miami combo trip has all the trimmings of a smash success for the entire family. But if you've got different ideas for a cheap family vacation, be sure to check out our daily travel deals for other airfare, hotel, and vacation packages.

VIEW ALL
Blog · Morning Jolt · 9 hrs ago
5 Deals You Need to Know Today: Save $20 on Your Next AmazonFresh Shop
QR codes: they look like weird texture tiles from a primitive video game, but this time, they are your passport to grocery savings. Check out this offer and more in our roundup of the five best deals we found over the last 24 hours.
Blog · Buying Guides · 9 hrs ago
The 9 Best Things to Buy in June (And 4 Things to Buy Later)
While June may be a prime time for vacations, it's also a great time to find excellent deals. Check out our guide for what to buy in June and what you should hold off on until later in the year.
Blog · Marketplace · 5 days ago
The 13 Best Products to Sell Online in July 2022
July is a big month for promotions! To give you the best chance at success, we offer suggestions for what to sell online in July 2022, plus go over the major sales opportunities during the month and the items you may want to list later.