In a stunning win for television broadcasters, the Supreme Court may have just shut down Aereo.
BY:
MICHAEL BONEBRIGHT
Former Senior Blog Editor 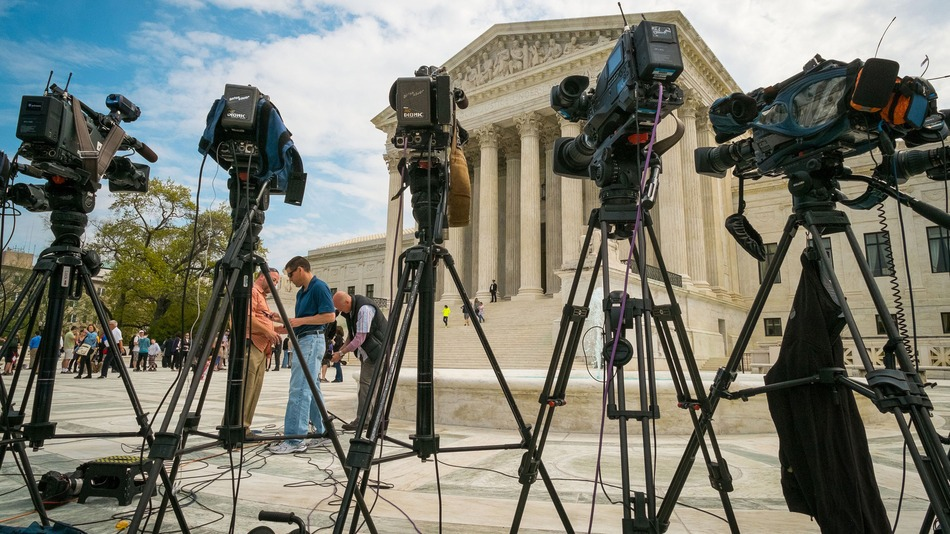 On Wednesday, in a divided 6-3 decision, the Supreme Court of the United States ruled in favor of the broadcasters in ABC v. Aereo. This ruling leaves the future of Aereo — a subscription-based TV streaming service — and its many subscribers in limbo, as the justices determined the company is illegally operating as a cable provider in violation of copyright law. However, it remains to be seen whether this case will have the far-reaching implications initially ascribed to it.

It's important to note that the decision doesn't explicitly dismantle Aereo's business model, in which the company captures broadcast signals on tiny antennas and delivers them to customers for $8 per month. Instead, the Court found that this activity constitutes a "public performance" of those broadcast signals, according to the majority opinion written by Justice Steven Breyer.

"The majority sees Aereo's activities as being 'substantially similar to those of the CATV companies,'" explained Ars Technica. "If the company survives at all, its business model will have to change drastically, and it will have to pay fees to the television companies it has been fighting in court for more than two years." Those fees will be substantial, thus likely forcing Aereo to alter the way it operates.

For what it's worth, cloud technology advocates can breathe a sigh of relief about this decision. "Aereo and some amici briefs tried to make it appear that a decision against Aereo could have sweeping negative ramifications for other technologies, including cloud computing," said Brad Newberg of Reed Smith LLP, an attorney specializing in copyright law who isn't affiliated with the case. "The Court went out of its way to clarify that its decision did not consider and would not affect such technologies today."

Readers, are you disappointed by this ruling? Do you think Aereo will soldier on as a cable provider, or will it shut down? Share your reactions below!

jcauthorn
They made the wrong decision - unfortunately we now have to live with it. Not the first time the Supreme Court got it wrong. "The majority sees Aereo's activities as being 'substantially similar to those of the CATV companies" shouldn't make a difference - what they are doing is DIFFERENT. They are RENTING antennas.
Just another reason to cut the cord.
June 25, 2014

Greg the Gruesome
>It's important to note that the decision doesn't explicitly dismantle
>Aereo's business model, in which the company captures broadcast signals
>on tiny antennas and delivers them to customers for $8 per month.

If you consider the $8 per month rate part of its business model, this sentence is just splitting hairs because there's no way Aereo can pay the broadcast networks without raising its rate. And as far as I know, the plaintiffs didn't ask the court to rule that Aereo's service is outright illegal, anyway.
June 25, 2014