Abercrombie and Hollister's New Retail Tactic: Lower Prices Across the Board

Looks like A&F is finally ready to slash prices more, as sales haven't been good and brand interest is low.
BY:
ANGELA COLLEY
DealNews Contributing Writer 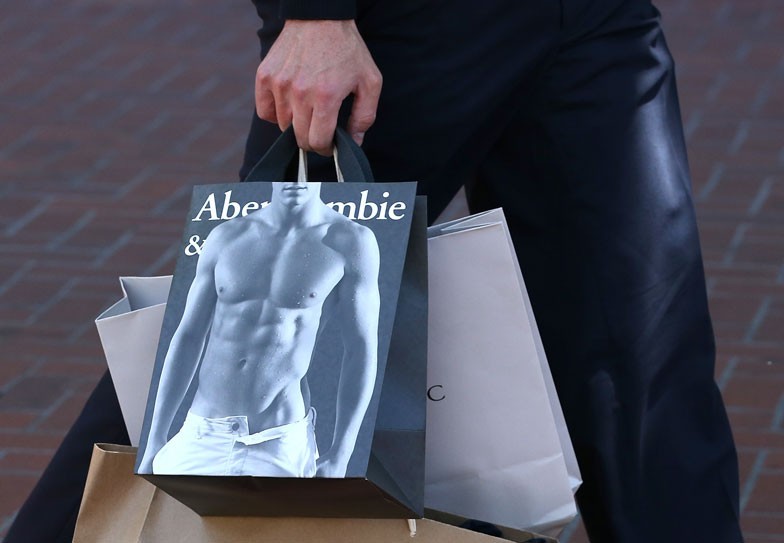 The preppy clothing giant Abercrombie & Fitch is looking to slash prices on its expensive clothing lines. The announcement, which came during its earnings call late last month, indicates that the brand is looking to price its clothes more competitively in an attempt to revitalize a tired brand with a less than stellar reputation. In particular, competitive pricing will target women's clothing lines, especially those at Abercrombie's Hollister stores, which are already a cheaper alternative to the high-priced Abercrombie & Fitch line.

Lower Prices and More Sales Are on the Horizon

The new pricing scheme of "fast fashion" looks like a way to attract teens back to Abercrombie stores; it will capitalize on the trend of inexpensive and disposable products and clothing that American youth have flocked towards. This trend can be seen at stores like Forever 21 and H&M and other companies that offer inexpensive clothing, which teens can afford — and afford to throw away each season. Fast fashion keeps people coming back to stores.

According to analysts from the Switzerland-based financial services company, Credit Suisse Group, Abercrombie & Fitch's move is a positive one that indicates the company is willing to change. However, other analysts weren't sold on the idea, and drew attention to under-performing sales overseas.

The earnings call also involved talk about Abercrombie shedding some of its exclusive branding. The company announced it may sell its clothing through third-market parties and offer third-party merchandise. In fact, Keds footwear is already being sold at Hollister, a move that seems to have garnered a positive response from consumers. As a result, the company announced that it will be "working on a long list of collaborations across footwear, apparel, and accessories." Such collaborations likely helped Abercrombie & Fitch earn $2.1 billion in 2013, though Hollister sales fell 14% last year, according to the Wall Street Journal.

The A&F Brand Has Lost Some Appeal

The Wall Street Journal also notes that teens aren't as interested in buying clothing layered with brand logos such as Hollister's or A&F's. This could be a result of the excessively negative press the company received after CEO Mike Jeffries' comments that the Abercrombie brand only wants "cool kids" and "good-looking people" to don its duds.

Jeffries was stripped of his role as chairman in late January 2014. Subsequently, Abercrombie & Fitch's stock rose 5% after the announcement, though overall the brand saw a 10% dip in sales last year. Perhaps more inexpensive apparel will make the brand accessible to a wider consumer market, who will in turn drive up sales, though it's more likely that 60 to 70 Hollister stores will close its doors this year instead.

Readers, do you shop at A&F or Hollister? Do you think cheaper branded apparel and accessories may entice you to shop at Abercrombie & Fitch? Let us know in the comments below.

renerdrat
I honestly love their clothes... I mean I like other clothing stores a lot too like urban outfitters and tillys.. but the feel of the clothes and their hoodies yaaasss gurl they are amazing.

There used to be this stereotype or.. I guess still is unless you actually shop there that their clothing is way overpriced, it's not it has become dirt cheap... I got some super cute ombre tank tops, 4 bucks a pop, seriously loving the ombre trend right now.

Also, I pretty much will never pay more than 8 or so dollars for a tshirt and usually can buy them for around that price but usually will just pay 6. Well you see I wait till they have a good sale, and then on top of it I wait till I have a coupon code that gives additional discounts. Even still though they have really nice quality clothes that even when they aren't on a big sale they're not overly expensive. I can usually find hoodies from AF for less than 30 bucks.

Oh yeah their jeans are hella comfortable too, and good price.

nimer
Never in a million years. I am a guy that spend significant amount of money on clothing, but I refuse to support A&F brand. It's not about the price, it's about the negative message they are sending. First of all, have you looked at their shopping bags? I would be embarrased to carry them. Also, I live in NYC area and during the summer they have bikinni clad and swimming trunk 20 something super athletic models standing like idiots at the door to drive croud in.

No thanks, by no means am I conservative or religious but that's just too much, even for NYC
March 13, 2014