A Primer on HDTV Refresh Rates: Is the Bigger Number Always Better? 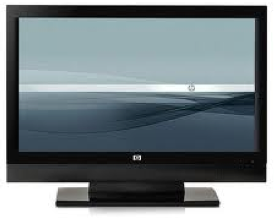 There's a lot of confusion about refresh rates on flat-panel HDTVs, and it's easy to see why some people just assume that a bigger number is better. But like with most complex issues, it's not that simple — and wise shoppers can benefit from a bit of clarity before shelling out top dollar based on misunderstood specifications.


Refresh Rates from the Beginning

The refresh rate refers to how many times the image on the screen gets painted — or "refreshed" — in each second. In general, the source signal provides 30 images — or frames — of new information each second. This is typically reported as a 30Hz signal, where Hz is the abbreviation for Hertz, which in turn is a measure of cycles per second.

In order to see the image from this source, you'd need a display that can be refreshed at least 30 times a second, or 30Hz — which is what old CRT picture tube televisions provided. 30Hz is a key value because it's about the speed required for the human vision system to perceive sequential images as smooth animation. (Actually, movies use 24 frames per second, or 24Hz.)

If your display could respond instantly, then 30Hz might be sufficient. Depending on the display technology you use, however, there will be varying degrees of delay. If the display is slow in responding, fast-moving images that are in sharp focus in the source images can appear blurred on the screen. (Keep in mind that sometimes objects in the source image have motion blur already, and there's nothing any display can do to make them sharp.)

The two main types of display technology used today in flat-panel HDTVs are plasma and LCD. (It doesn't matter whether the LCD models use fluorescent or LED backlights, at least as far as this discussion of refresh rates is concerned.)

For plasma, motion blur is not an issue. The individual plasma cells typically can fire at 600 times per second. As it turns out, they have to be able to fire this quickly because plasma cells can only be on or off; they don't have the ability to show levels of gray. They replicate other shades of color by varying the amount of time a cell is on and off while a single frame is displayed on the screen. Note that it's not showing 600 different images per second; it's still just showing the source signal's 30 frames.

The technology that has a problem with motion blur is LCD. Plasma creates its image simply by making microscopic lightning flashes. LCD creates its image by transmitting or blocking the light from the backlight. It can partially block the light to create different shades of colors.

This trick is accomplished by the liquid crystal material, which is made up of tiny cigar-shaped molecules. These molecules line up in different ways when you apply an electrical current. When you switch a sub-pixel in an LCD panel from off to on or back again, you actually have to move these molecules around, and that takes time.


LCD Monitors Make Do with 60Hz

In general, 60Hz works well for LCD computer displays. It's fast enough to eliminate flicker, and by repeating each frame from an external 30Hz signal source like a DVD player, you get 60 fps. There's some motion blur, but it's not a problem for most of the tasks you'd do with a relatively small computer screen.

When you make that screen much larger, however, the motion blur can become more noticeable. And if you're a tennis or ice hockey fan, the ball or the puck can be so blurred that it's difficult to follow the action.

The result is a noticeable reduction in motion blur. The effect is easier to see when you have a 60Hz and a 120Hz HDTV side by side, showing the same content. However, most people can learn to see the difference fairly easily.

One problem with this approach is that you're already doubling the frames when you show a 30Hz source on a 60Hz display. Rather than show the same image four times in a row for 120Hz, the television engineers came up with a way to invent the "missing" frames when changing from one image to another. This is called "interpolation" and requires significant signal processing. The controller has to identify what objects and parts of the image are moving from one frame to the next, and then calculate what it would look like if a picture was taken in the split second between those two frames.

These extra frames can result in a smoother image, though they also can introduce visible artifacts in some content. Fortunately, you can turn off the interpolation on many HDTVs and still retain the 120Hz refresh rate.


Faster Must Be Better?

If 120Hz was good, then 240Hz should be better. Engineers came up with two ways to get to this level. One way creates three intermediate frames instead of just one. This can result in very smooth motion, but can also lead to visible artifacts.

Creating all those intermediate frames takes a lot of processing power and sophisticated software, and engineers found a way to cut corners to make it simpler. Instead of showing 240 images per second, instead they just show the same 120 images that you'd get with a 120Hz set. Then they make the backlight flash twice for each image. This strobe effect helps "freeze" the motion of the liquid crystal molecules, and reduce the image blurring. This is not a true 240Hz display, however, because it's not showing 240 different images per second.


What is Fast Enough?

As it turns out, the gains from a 240Hz design are modest compared to the improvement shown between 120Hz and the standard 60Hz. If you put a 240Hz set next to a 120Hz set, some people will be able to see the difference, but few people will be able to look at a set by itself and tell you whether it's a 240Hz or 120Hz model.

In general, you'll pay a premium for a 240Hz but you won't see much difference, if any. And 60Hz refresh rate is only found on the lowest-priced entry-level models, so they're not likely to have other upgraded features you may want. And, while it's difficult to isolate how much extra you're paying for the 240Hz refresh rate since these TVs may also feature higher-end specifications, it's worth noting for comparison that the all-time low for a 55" 120Hz HDTV on dealnews is $689, while the all-time low for a 55" 240Hz HDTV is $900.

If you're shopping for a plasma HDTV, ignore the refresh rate completely because motion blur is not an issue with that technology. If you're looking at LCD models, then a 120Hz refresh rate is going to make a noticeable difference in reducing motion blur. And unless you're very sensitive, you won't see much difference between 120Hz and 240Hz models, so don't spend extra for the fastest rate if the other features don't make the additional cost worth it.

VIEW ALL
Blog · Morning Jolt · 9 hrs ago
5 Deals You Need to Know Today: Save $20 on Your Next AmazonFresh Shop
QR codes: they look like weird texture tiles from a primitive video game, but this time, they are your passport to grocery savings. Check out this offer and more in our roundup of the five best deals we found over the last 24 hours.
Blog · Buying Guides · 10 hrs ago
The 9 Best Things to Buy in June (And 4 Things to Buy Later)
While June may be a prime time for vacations, it's also a great time to find excellent deals. Check out our guide for what to buy in June and what you should hold off on until later in the year.
Blog · Marketplace · 5 days ago
The 13 Best Products to Sell Online in July 2022
July is a big month for promotions! To give you the best chance at success, we offer suggestions for what to sell online in July 2022, plus go over the major sales opportunities during the month and the items you may want to list later.

Save $300 off list. Buy Now at Office Depot and OfficeMax