A Math Whiz Discusses Lottery Odds and Gaming the System

While winning the lottery is a game of chance, there are still some ways for you to improve your chances.
BY:
LOU CARLOZO
DealNews Contributing Writer 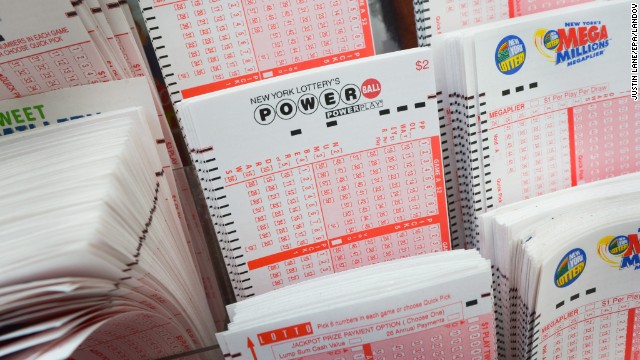 Despite all the stories we've read about lottery winners who hit it big and somehow lose it all, many of us can't help thinking about what it would be like to win the next Powerball jackpot, or Mega Millions, or some other form of the lottery. But how likely is it to happen, really? The Powerball folks tell us that the odds of capturing the grand prize are 1 in 175,223,510. Those are loooooooong odds even compared to, say, a woman giving birth to natural quintuplets (1 in 55,000,000).

Still, people do hit the lottery in various forms, and there are mathematical ways to approach the challenge. From 2005 to 2011, for example, a team of MIT students won about $8 million from the Massachusetts Lottery by exploiting a quirk in the rules. And no, the quirk had nothing to do with cribbing the winning numbers in advance from a lottery official.

We spoke to Jordan Ellenberg, a Vilas Distinguished Achievement Professor of Mathematics at the University of Wisconsin-Madison, about how those students did it, and more. Ellenburg recently hosted a talk, "How Not to be Wrong," based on the title of his new book. It was held at the National Museum of Mathematics in New York City — on Friday the 13th, of all the lucky days.

DealNews: So how did the MIT students do it, exactly?
Jordan Ellenberg: In the end it was not so complicated. Massachusetts had a game that was not working for them, and people were not playing it, so they tweaked it. The problem was that they over-tweaked it and made it a good deal for players. It was called "CashWinfall" and on certain days, if the jackpot went above $2 million, it would enrich the lower-tier prizes. The usual prize for getting 4 out of 6 numbers was $150, but on the rolldown days, it was more like $2,000. The rules were completely public, and one of the students was already doing a study of lotteries and the odds. When he studied CashWinfall, he found out what I told you.

You talk about a concept called "expected value." What does that have to do with what happened here?
JE: It's the center of the whole story. It's a tool statisticians use to assess the true value of something, and how subject it is to chance. How much is a lottery ticket worth until you draw the number out of the cage? Until the number is drawn, you don't know. So expected value is one way of answering that question.

And how does that work?
JE: If you bought 10,000 lottery tickets, how much would you win per ticket? If you average a whole bunch of tickets, you'll probably have a win. But the expected value of a lottery ticket is less than what it costs to buy it; if it were the opposite, money would flow away from the state. But with CashWinfall it was the opposite on rolldown days.

It sounds like an amazing story
JE: I was lucky to find out about it. I wondered how come no one had done this in a book before. I knew I wanted to write about expected value but if I wanted to just define it, I could do that in class. So I was looking for stories I could use to illustrate it; the lottery is a good example. That's when I came across this. In fact, Voltaire got very rich exploiting a badly designed lottery and I had no idea.

You also talk about "information theory" and lotteries. How does that help players?
JE: That gets into another part of the story. They chose the numbers themselves, which is extremely painful because you have to fill out 200,000 tickets yourself. I contacted the students and they wouldn't tell me their secret but I think I figured it out. It's like a financial fund where you take certain risks, but you pick the right investments to minimize risks — maybe one in petrochemicals and one in solar, so you don't go broke. In finance it's called diversifying your portfolio. And this is the lottery equivalent.

So how do you diversify lottery tickets?
JE: What the lottery picked was random but the students' numbers were picked based on the calculations of which ones they thought were the most likely to draw — having a little bit of everything. If no number is better than any other, why does it matter what numbers you pick? And that's diversification. You wouldn't buy 200,000 copies of the same ticket. That would be a bad strategy because you would probably lose all of your money.

And finally, there's "projective geometry." Let's give that a whirl.
JE: With projective geometry, you can use it to get good collections of numbers. It's cool. There's a kind of geometry that you don't learn in school — a more modern kind where there are only seven points, and there are only three lines. So that's an analogy between lottery tickets where numbers are points and lottery tickets are lines. I know that sounds really weird but it works. It's an example of what's useful in one domain can be used in another.

Lots of people will still play Powerball, no matter how terrible the odds. Any advice?
JE: I think that with Powerball, one piece of good advice is don't pick your birthday — lots of people do that — or numbers that form a pattern. That doesn't make it a good bet, but it makes it a less bad bet.

In the end, the reason to play the lottery is because you enjoy it. You play $2 because you're getting $2 worth of entertainment. It's like buying an app for your phone or watching a cheap movie. It's good entertainment, and that's a safe bet.

Will you keep buying lottery tickets? Maybe you'll buy 200,000 for lower jackpots like the MIT students? Let us know in the comments below.

9lives2left
From what I have seen, if you win the lottery and avoid being murdered for the winnings or don't die penniless you beat the odds 3 times. Out of the 3 big "winners" in my area 2 were murdered and 1 is broke but content with a decent paying 9-5.
February 11, 2016

nofxprs
@xmirage2kx you cannot increase your odds at winning the lottery. No matter what number you play, your odds of winning are exactly the same. Each drawing is a completely independent event from all previous drawings (and all future drawings).
June 25, 2014

beng2beng
use your search engines people

xmirage2kx
It is very easy to "increase" your odds with a little bit of work, but the question is if it is worth the work for the slight increase? For instance you wouldn't pick last weeks winning numbers again this week, or ANY winning set of numbers again. Also if you avoid patterns, sequential numbers of more then 2, and other "statistically low" factors you can bring your numbers up from 1 in 175,223,510 to about 1 in 75,000,000 (that is a whole 100,000,000 greater chance).
June 23, 2014

GFCrew
I'm sure dealnews-Lindsay has better things to do than listen to people whine about a "misleading" headline. Like the info you imagined that would be there would have been the last missing piece for you to break the bank.

Get a grip people lol.

Lindsay Sakraida (DealNews)
We apologize for the misleading headline, we've updated to try and make it a better representation of the Q&A.
June 23, 2014

kyungone
The article is not about the actual MIT students reveal how they won the lottery.

It's about Wisconsin-Madison university's professor's own theory that has nothing to do with the actual 8mil lottery. I think he tried to find out the secret but failed so he's just mentioning whatever his theory in vague "I contacted the students and they wouldn't tell me their secret but I think I figured it out. It's like a financial fund...."

cyclism6486
Nice piece to whet my appetite, but does not really tell "how they did it" as the headline suggests - and gives no references for more in-depth study as to how they really did do it.
June 23, 2014