8 Foods That May Be Too Expensive to Eat This Summer

Are limes and avocados an essential part of your diet? You might want to start looking for cheaper alternatives.
BY:
JESSICA HULETT
DealNews Contributing Writer 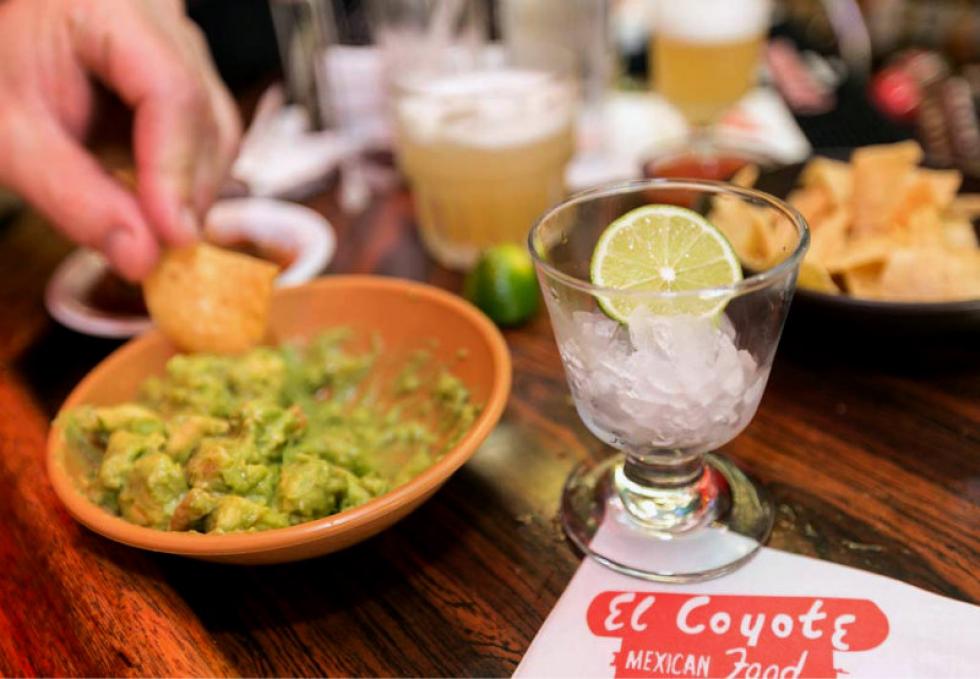 Summer is on its way, and if you're anything like us, you're looking forward to backyard barbecues, cool cocktails, and seasonal produce — that is, if you can afford it. The USDA is estimating food costs to increase by 2.5% to 3.5% this year, and that's under normal weather conditions. But we're already seeing droughts in California and the Southwest, and if more severe weather is in store for the warmer months, we might be in for even higher prices.

We took a look at eight foods that may be in for a price hike this summer, and there's good and bad news. You aren't likely to starve, but you may need to seek out some budget-friendly alternatives to your usual fare.

Fire up the grill this summer! Or don't, because beef is fast becoming a luxury item. Drought conditions in the Southwest coupled with increasing global demand for beef has prices up 56% from 2010, and they aren't going down any time soon. This pain won't just be felt at the grill, either: Chipotle is set to raise prices due to beef costs this summer, and other chains are likely to follow.

Alternative: Turkey burgers will be a less expensive – not to mention healthier – option this summer, and Mexican food is much cheaper to make at home. 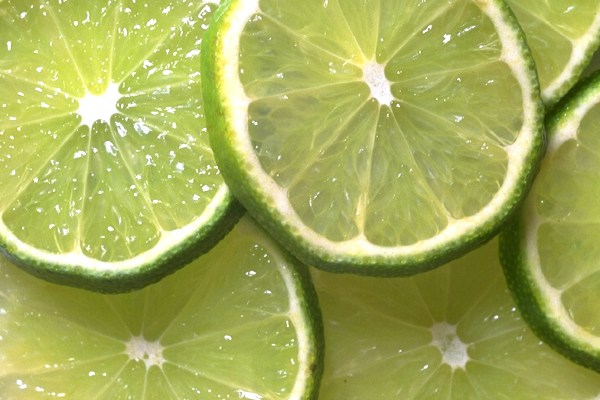 Anything that threatens summer cocktails is a cause for concern, and we're in the midst of a serious lime shortage. The crucial ingredient in mojitos and margaritas is currently fetching four times its usual price because of Mexico's heavy rains during the winter months, and weirdly, drug cartel shenanigans. The shortage appears to be temporary, though; the crop's late arrival this summer should set prices back to normal.

Alternative: You likely won't feel the squeeze at the bar, but if you want to make a cocktail at home, just skip the lime-based ones for now. Or use that bottled lime juice that's been in the back of your pantry for five years. 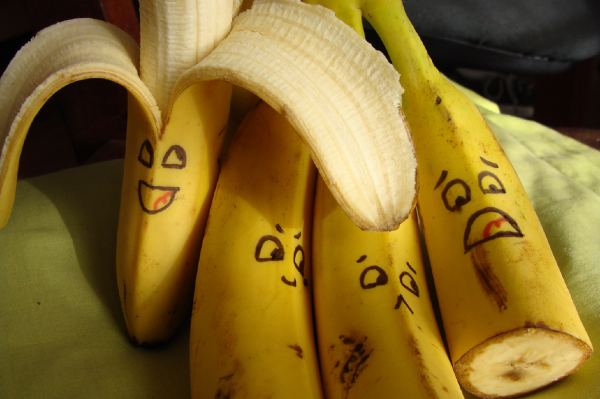 Threat Level: Medium for the United States; high for the rest of the world.

Is it time to say goodbye to those morning banana smoothies? Cavendish bananas — the ones at your local supermarket — are dying from Panama disease, a fungus that has cropped up (pun intended) in Asia, the Middle East, and Africa. Though the U.S. gets the majority of its bananas from Latin America, which hasn't yet been affected, a global shortage of the fruit is slowly driving up prices.

Alternative: Mangos, peaches, pineapple, and kiwi seem to be in the clear for now. 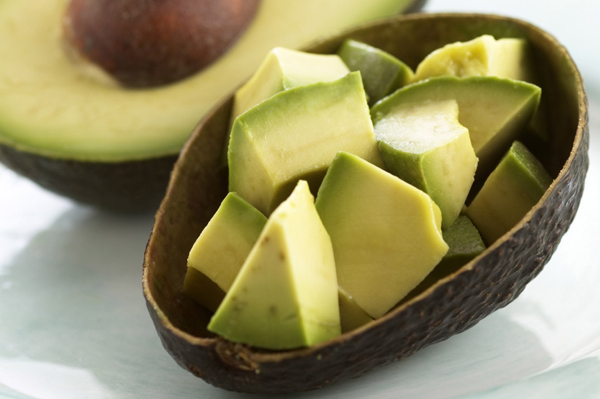 Threat Level: Medium for this year; high for next.

California's drought is threatening lots of produce right now, and reports of an Avocadocolypse have been circulating and causing panic among lovers of the buttery fruit. (Yes, it's a fruit.) You may still be able to enjoy guacamole without paying caviar prices this summer, though, as the fruit takes a year to mature and the Golden State is on track to produce 300 million pounds this season.

Alternative: None needed… yet. 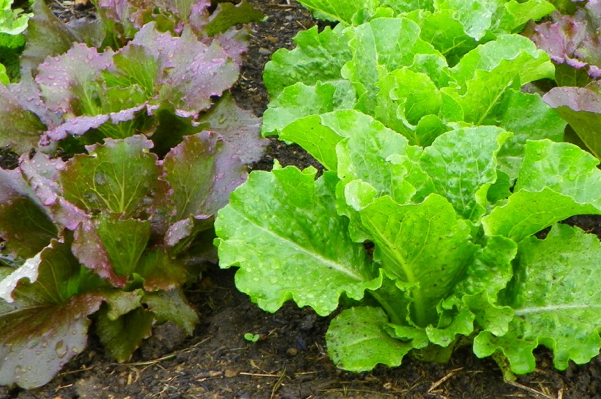 You might want to think twice before declaring this summer the one where you'll finally eat healthy and have a salad every day for lunch. The cost of lettuce is estimated to rise 34% and packaged salads are estimated to go up 13%, which could be felt both at the supermarket and your favorite overpriced DIY salad shop.

Alternative: You didn't really want a salad anyway. Just have a sandwich. 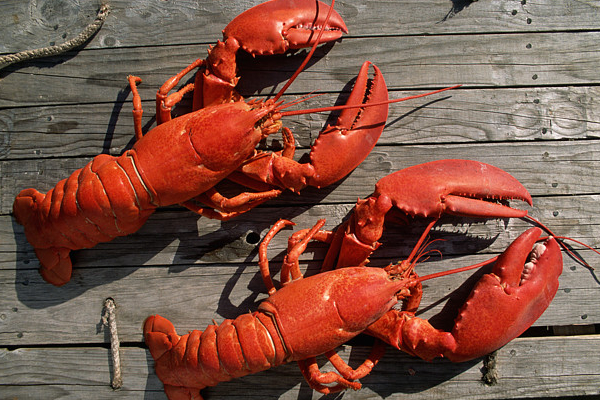 Those summer lobster rolls are already a drain on the wallet, but they may become even more of a splurge in the future. A University of Maine study found that young lobsters off the coast of Maine have declined by more than half since 2007, citing warmer ocean temperatures as a possible cause. This may be a problem for Maine in years to come – they produce 85% of the country's lobster – but for right now, prices will stay at their usual (albeit still exorbitant) rates. 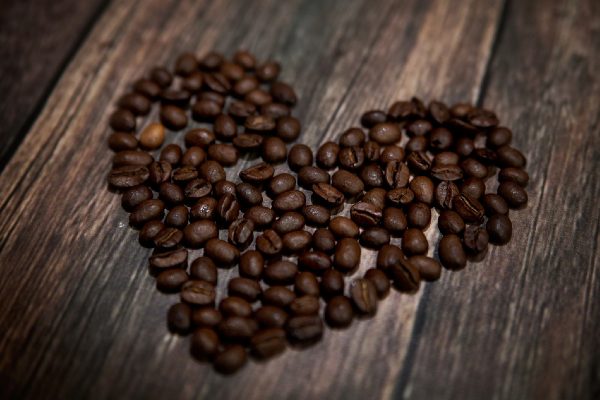 When Starbucks stops buying coffee, it may be time to worry. Those iced coffees may see a price spike this summer — or at the very least, an unappetizing coffee-to-ice ratio. Drought conditions in Brazil have driven Arabica coffee production down, causing the price to rise 90%. Large companies like Starbucks and Dunkin' Donuts lock in prices years in advance, so you might not see an increase there, but your local mom-and-pops or the supermarket might be another story.

Alternative: If you need your caffeine, do what you gotta do – tea, Red Bull, 5-Hour Energy. We don't judge. 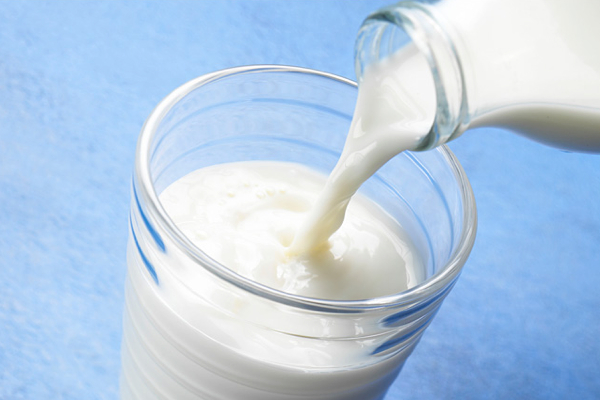 We may all be screaming for ice cream (prices) soon. Due to the drought's effect on cattle, farm milk prices were up 2.9% in March, and wholesale dairy overall rose 1.1%. It remains to be seen if and when this increase gets passed along to the consumer, but it isn't likely to happen over the next few months.

Whether or not these threats to your summer eating and drinking prove to be real, food prices are increasing across the board. How are you coping, readers? Cooking at home more, or using coupons? Let us know in the comments.

vwoom
Scrolling through Chrome via Android works fine.
May 12, 2014

Greg the Gruesome
The slideshow works fine for me in Firefox 29.0.1 (no extensions) on my Windows XP (yeah, yeah, I know) PC. (I have Firefox set to ask me to activate Flash Player but it didn't ask me to for this; apparently the slideshow doesn't require Flash.)
May 12, 2014

Lindsay Sakraida (DealNews)
@MRomacne What browsers did you try? Are they up to date?
May 12, 2014

MRomacne
Tried three browsers. No article. No slide show.
May 12, 2014

Lindsay Sakraida (DealNews)
@zebdaddy We'll look into it for IE9, thanks for letting us know!
May 12, 2014

zebdaddy
Thanks, it's not showing in IE9 on my laptop. I think it'a setting of mine.
It's fine in Chrome & Firefox as well as IE11 on another machine.

Lindsay Sakraida (DealNews)
@zebdaddy The 8 items are contained within the slide show above. Click the arrows or selected one of the numbered boxes to see additional entries in the list.
May 12, 2014

VIEW ALL
Blog · Buying Guides · 7 hrs ago
What's the Best Time to Buy Big-Ticket Items?
Savvy shoppers are always on the lookout for a great deal, and to help you out, we've put together guides on the best times to buy big-ticket items.
Blog · Morning Jolt · 9 hrs ago
5 Deals You Need to Know Today: The Macy's Ultimate Shopping Event Extravaganza
Macy's has arrived with its self-proclaimed Ultimate Shopping Event just in time for the weekend. Check out this offer and more in our roundup of the five best deals we found over the last 24 hours.
Blog · Buying Guides · 1 day ago
Ask an Expert: When Can I Expect a Price Drop on the TV I Want?
Do you have a question for us experts here at DealNews? If so, submit it and we might just answer it in a future column! Until then, check out our first column, which offers advice to a cost-conscious TV shopper.
Blog · Buying Guides · 1 day ago
59 LGBTQ-Owned Businesses You Can Support This Year
June is Pride Month, so if you're looking for a spate of LGBTQ-owned businesses to support with your wallet, we've got you covered! Check out our guide for 59 shops to check out now, as well as tips on how to find more.
Blog · Buying Guides · 4 days ago
The 9 Best Things to Buy in June (And 4 Things to Buy Later)
While June may be a prime time for vacations, it's also a great time to find excellent deals. Check out our guide for what to buy in June and what you should hold off on until later in the year.

That's $35 less than you'd pay for a new pair at Amazon or Best Buy. Buy Now at eBay

That's $82 under what you'd pay for a new one at Ace Hardware and the lowest price we could find. Buy Now at eBay

That's a $4 drop from last week and the best price we've seen, as well as a current low by $23. Buy Now at adidas