5 for $25: The Top-Reviewed Indie Games from Steam's Summer Sale 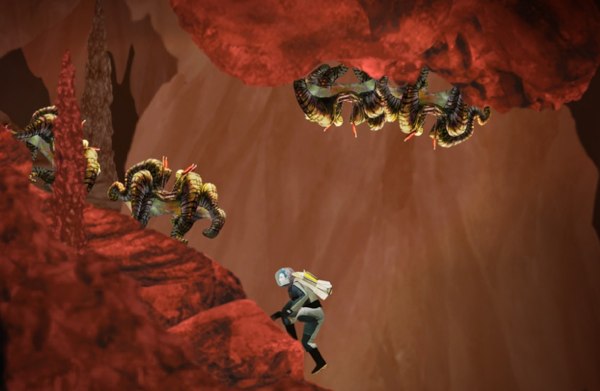 It's that time again: We've plundered the swear jar. We've re-mortgaged our cats. We're running credit card bills that are bigger than Kanye West's ego and harder to justify than Yeezus. And all in the name of sweet, cheap video games.

It is, of course, the Steam Summer Sale, those few days out of the year where thousands of bargain-browsing gamers say, "Hey, why not, I'm sure I'll play it sometime." But wait! Stay your pretty hand! Instead of making a purchase that you'll regret, we've gathered the top five games from the sale that collectively come to a neat sum of $25. You might not have heard of these titles, or perhaps you've ignored them in favor of their noisier, shinier, shootier brethren. But these five games will assuredly sate you until the holidays, when we can do this all over again.

Along with the hilarious Red Faction: Guerilla from a few years back, this is one of the few truly wonderful games to be set on the red planet. But unlike RF:G, Waking Mars (pictured above) is less about hitting things with a comedy space-hammer, and more about hitting things with science and cleverness to create a functioning ecosystem. A selection of exotic seeds and varyingly hospitable caverns give you plenty of scope to play this serene platform puzzler your own way. Eurogamer chimes in: "It's a game hugely worthy of the high praise it's already received."

In the future, when word scientists look to define the abstract notion of a "game," and then cross-reference it with "hair-pulling frustration born of your own ineptitude," they'll hit upon minimalist arcade game Super Hexagon — and then lose countless hours playing it over and over and over and over again. Don't be discouraged by the hundreds of "game over" screens you'll see – this is just an average play session, as documented in this here video. Eurogamer steeples its fingers and says: "Time spent with Super Hexagon is invariably challenging and rewarding in equal measure, and more importantly every second is made to count."

Hotline Miami for Windows or Mac
$4.99, a low by $5; Amazon charges the same price

This is an important one. Hotline Miami is a top-down, neon beat-em-up game with a singular style – think of the more brutal scenes from Drive crossed with that weird, disturbing dream you had after gulfing down four Volcano Burritos on a dare. Replay levels with a different special ability, or just enjoy the casually desensitized destruction of men's lives (or the excellent soundtrack or whatever). Rock, Paper, Shotgun says: "You could argue that Hotline Miami is brilliant, vital, a tactical and aesthetic masterpiece, as well as a pixel-art odyssey of ice-cold violence. It is."

Gunpoint for Windows
$8.99, $1 off; Gunpointgame.com charges the same

Are you a fan of spies, noir detectives, excellent jokes, and absurd amounts of face/fist complications? Excellent! A cocktail of all of the above, Gunpoint is a sidescrolling stealth game based around rewiring electronics. In repeat plays, try for a perfect non-violent playthrough, or use the free level editor to make your own fun, like your parents had to do back when gaming was all fields and level editors. Destructoid writes: "Leaping over buildings, smashing through windows, uncovering police corruption, and rewiring security systems is likely to be a lot more worthwhile than whatever else you were planning on doing."

You've presumably played The Walking Dead; now play The Swarming Dead Oh God They Keep Coming There's So Many Of Them. This real-time strategy game puts you in charge of evacuating entire cities of people while trying to contain the seemingly inevitable zombie outbreak. At your disposal: choppers, snipers, explosives, and expletives. Your pride will tell you that you could have saved them all, but the game will just laugh derisively. Rock, Paper, Shotgun opines: "It feels fresh and clever and oh-so-PC-gaming-in-2011: no rules but its own, and convincingly realizing a concept through smart design rather than empty gloss."

And there you have it! Five games that will keep you thoroughly entertained until the holidays, when we'll start seeing a slew of discounts on game titles once again. Just keep in mind, the Steam Summer Sale ends on July 22, so get downloading!

jeremygamer
This post is in the wrong category. It lists nothing but "Computer Games" and yet you put it in the "Video Games" category.

Actually, let me amend that.

One of the few annoying things about Dealnews is how you make it impossible to look at all video games at once. Assassins Creed III on console is the same game, but if there's a deal on it, I have to check two different pages.

FrobroX
Was looking to see some new games to me, but turns out I already own all of these games. That's a dumb complaint of mine.
July 20, 2013