5 New Products From Google That You Need to Know

From a standalone photo app that supports unlimited storage to a new OS for your home appliances, these Google innovations are bound to disrupt the industry.
BY:
LOUIS RAMIREZ
DealNews Contributing Writer 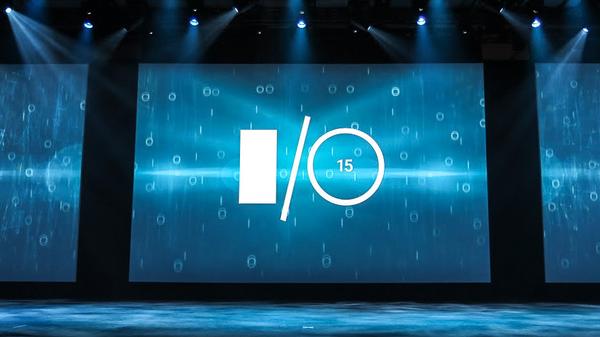 Google unveiled a barrage of ground-breaking announcements at its I/O event last week. While you may think they were all geared specifically toward Android users, many of them are bound to affect everyone, regardless of whether you're an Android user or not. So below we've rounded up the newest Google products and services you'll be talking about in the weeks to come.

The next platform war has arrived and your home is the battlefield. The tech industry wants to make every appliance in your home smarter by giving it the ability to communicate with one another, connect to the Internet, and gather data. This concept is known as the Internet of Things (IoT) and it encompasses everything from WiFi-enabled HDTVs to Nest thermostats.

Project Brillo, which Google describes as a polished down version of Android, is Google's attempt to provide all those smart devices with a unified operating system that can run on minimal system requirements. To interconnect all your devices, Google also announced WEAVE, which is a platform-agnostic language that will let your Android smartphone and tablet detect and communicate with other IoT devices.

Not sold on the concept? Apple, Microsoft, Intel, and Cisco are just a few of the major manufacturers trying to dominate this market, which according to Forbes is expected to generate global revenues of up to $14.4 trillion by 2022.

Google Now on Tap Will Boost Your Smartphone's IQ

Forget Siri and nevermind Cortana. Google is taking digital assistants to the next level with Now on Tap. Despite the clunky name, Now on Tap makes Google's virtual concierge, Google Now, smarter than ever. It essentially lets Google Now examine whatever is on your smartphone's screen and then provide context-specific information before you even ask for it.

Say, for instance, you're e-mailing a friend about the latest Mad Max movie. By long-pressing your phone's home button, you'll be able to summon a contextual pop-up card from Google Now that will list showtimes, ratings, and other information about Mad Max. This feature is baked into Android M and is guaranteed to heighten the race to provide the smartest virtual assistant.

Google's new standalone Photos app is available to everyone, and it's knockout feature is unlimited cloud storage. The app lets you back up all of your high-resolution photos and videos (up to 16MP and 1080p, respectively) to Google's cloud, free of charge. In addition, the app also lets you sort, share, edit, and even search through your photo library, without having to manually tag any of your pictures.

It's currently available via the Google Play Store, iTunes Store, and the Web.

Google Will Give Mobile Payments One More Shot With Android Pay

Google Wallet was one of the first mainstream mobile payment services to hit the market. Unfortunately for the folks at Mountain View, the service never caught on and was eventually overshadowed by its rival's alternative, Apple Pay.

But Google isn't easily deterred, and last week it unveiled Android Pay. The open platform will power in-app and tap-to-pay purchases on mobile Android devices with built-in NFC technology. In other words, you'll be able to pay for both your Lyft ride and your Whole Foods purchases direct from your phone. At launch, it'll work in more than 700,000 stores and with over 1,000 apps, including Whole Foods, Macy's, Lyft, and GrubHub.

As for Google Wallet, it'll stick around, but focusing mostly on peer-to-peer payments. How does that affect non-Android users? Well, as more people begin using mobile payment services, more retailers will be accepting them as a form of payment.

HBO Now is Coming to the Google Play Store

HBO fans have a new way to binge on Game of Thrones episodes. Google announced that it's bringing the network's stand-alone streaming service, which doesn't require a traditional cable plan, to the Google Play Store, Chromecast, and Android TV devices. That puts an end to the HBO Now exclusive, which Apple announced back in March. The service is expected to begin in time for the season 2 premier of True Detective later this June.

Although Google I/O has wrapped up for the year, the search engine giant made enough major announcements to keep us on the edge of our seats for the remainder of the year. Other announcements that were made include the company's new VR venture with GoPro, a first-hand look at Project Ara, and an update to Cardboard, which now accommodates select iPhones, and Project Jacquard, an ambitious venture with Levi's to create touch-sensitive clothing.

What new Google features are you excited about? Let us know in the comments below.

fbara
Wow, I would never give Google that much access to my personal info. Bypassing the knowledge that Google is famous for announcing products that don't exist and get cancelled before they come to the market, why in the world would anyone have Brillo in their home? Let Google know exactly what you do, when you leave, when you come home, who's in the house, when do you watch TV, what do you look at on the internet, where are you when you're on the net, etc, etc....

All of this so they can sell your info to the highest bidder. I can't believe hand over their personal info to Google so willingly.