5 Devices That Can't Get Any Cheaper 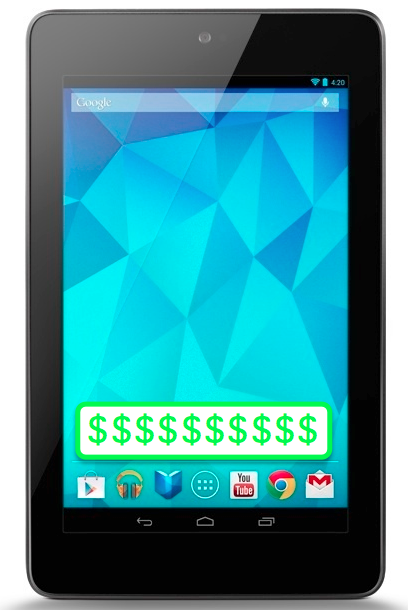 Google's Nexus 7 is fast approaching its 1-year anniversary, and not surprisingly, the Internet is obsessed with rumors of its replacement. According to Reuters, Google's follow-up will be thinner, provide better battery life, and most importantly, it'll be cheaper than its predecessor. In fact, the new tablet could be up to $50 cheaper than the original Nexus 7.

While we love the idea of a $149 Android tablet, this price point could mean little-to-no discount on Google's next tablet. Because really, how much cheaper can a tablet of that caliber possibly get without the manufacturer going belly up? A $149 price point would place the Nexus 7 alongside a handful of other items that have seemingly hit their own deal plateaus.

Over the past two years, we've noticed how several types of electronics have stubbornly refused to get any cheaper. Naturally, new tech releases will periodically appear at high retail prices, but our data suggests that as far as rock-bottom deals go, we have likely already seen the cheapest feasible prices on devices within these five categories. (Unless otherwise noted, prices are referring to all-time lows, not averages.) 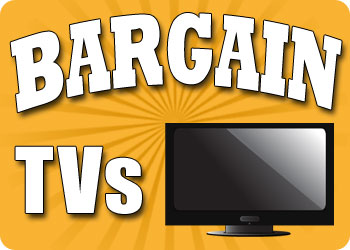 Point-and-shoot cameras have been declining in price (and relevance) for quite some time. Smartphones are mostly to blame, as casual photographers turn to their mobile phones to instantly upload photos to Facebook and Instagram. To entice shoppers, retailers have discounted digital cameras across the board. For instance, last November we spotted a 12-megapixel Kodak EasyShare camera for $37. Although we haven't seen a repeat of this deal, we doubt we'll see 12MP cameras for much less anytime in the near future.

Initially expensive, Blu-ray players have drastically plummeted in price since their debut. In fact, you can now buy one for just $35. Those with built-in WiFi tend to cost a bit more, at $45. If you compare them to current prices on standard DVD players, it's plausible that both variations might get a little cheaper. However, chances are that the difference will be slight, as Blu-ray players are very close to hitting their deal plateau.

For the past two years, the lowest-of-the-low prices on budget laptops (15" notebooks with any dual-core processor) haven't changed. In fact, in 2011 the best deal for such a configuration was $180, whereas in 2012 the best deal came in at $179. Needless to say, there's no room for further discounting below that point, as prices on these no-frills systems have hit rock bottom.

Amazon revolutionized the tablet market when it became the first company to offer a mainstream Android tablet for just below $200. However, because the Kindle is sold at cost, deals for Amazon's tablet remain scarce. (Instead of dollar-off discounts, the Kindle sees more promotions where it's bundled with a gift card.) Likewise, if the next-generation Google Nexus 7 is sold at $149 (or even $99 as CNET reports), chances are high we won't see any deals on new units until Black Friday, when at best we might see some bundle offers.

So while we — and presumably budget-conscious consumers — welcome the idea of a $99 or $149 mainstream tablet, don't be surprised if it doesn't get much cheaper than that. Of course, with these other deal categories, the starting prices are generally much higher than the prices we quoted; in order to find that 32" 1080 HDTV for less than $200, for example, you'll want to set up an email alert so you'll be notified as soon as we post a deal to the site.

cmbrowning
Then can we discuss why smartphones are still 599 off contract and tablets (running largely similar hardware) are going to be 99 bucks?
April 18, 2013

VIEW ALL
Blog · Morning Jolt · 6 mins ago
5 Deals You Need to Know Today: Save Over $100 on a Marmot Coat
I'd expect the yellow-bellied marmot would be too cowardly to take advantage of this coat deal, but the Olympic marmot would be all over it. Be the Olympic marmot you always dreamed of being, and check out this offer and more in our roundup of the five best deals we found over the last 24 hours.
Blog · Buying Guides · 2 hrs ago
The 7 Best Things to Buy in October (And 7 Things to Buy Later)
Black Friday is just around the corner, deal-seekers, but October has excellent deals that are worth shopping. Check out our guide on what to buy in October and what to wait on until later.
Blog · Roundups · 21 hrs ago
The Best Electronics Deals
From TVs to turntables and smartphones to Switches, there's a grand plethora of electronics deals to pick from, so we've narrowed it down to five of the best to help you choose. The results will shock you! (Hopefully not from faulty wiring.)
Blog · Buying Guides · 22 hrs ago
Need Your Smartphone Repaired? When to Fix Your Phone and When to Replace It
If your phone is in need of some TLC, the good news is you have options! Check out when to repair your smartphone and when you should just buy a new one, and how Batteries Plus can help.
Blog · Buying Guides · 1 day ago
Apple Black Friday 2021: What Deals Can You Expect on Your Favorite Devices?
Apple items are known for being high-quality, but also for having high prices. Want to save on Apple around Black Friday 2021? It should be a great time to get deals on your favorite i-products, as long as you know where to shop.

It's only available at this price in Green Porcelain, but that's $34 less than what it costs in other colors. Buy Now at Walmart

That's the best price we could find by $19. Buy Now at Amazon

Members can apply code "SEPT24" to save 15% off regularly-priced items. Shop Now at Ace Hardware