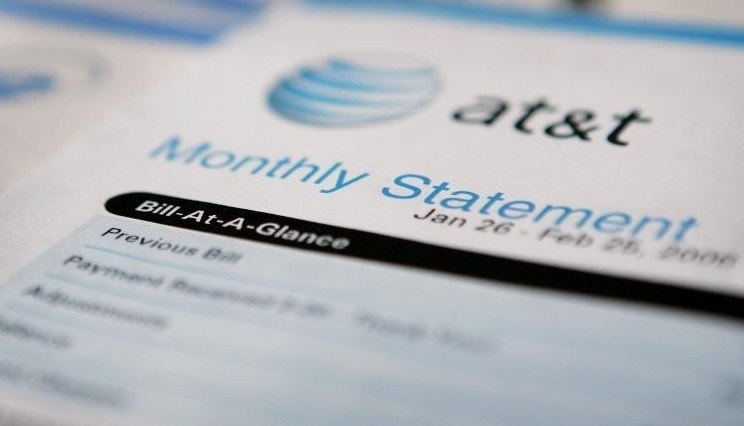 Cell phone service providers thrive by peddling a plethora of extra features and services on top of basic service plans. Early nights and weekends, roadside assistance, mobile TV, hotspots, and GPS are all fair game and can add as much as $10 per service to a customer's wireless bill each month.

What's even more concerning is that many people don't even look at their monthly cell phone bill. Checking your bill and eliminating some of these unnecessary perks can go a long way to putting some extra dough back in your pocket each month. Follow these 11 steps to cutting back on your wireless service and you'll be on your way to cheaper cell phone service in no time.

Use WiFi Whenever Possible

Monetarily, it's extremely rewarding to opt for WiFi whenever possible. It'll help cut down on data usage, especially when streaming music or video to your smartphone. Some people disable WiFi when there's no network available, in order to prevent a drained battery, but forgetting to turn WiFi back on could be a financial mistake for consumers who don't have an (increasingly rare) unlimited data plan. Just remember to use caution when submitting sensitive information over public hotspots.

Yes, even the cost of your monthly cell service is negotiable. Success in this area varies from customer to customer, but you never know until you ask. Negotiating a lower rate usually works best in person at a local authorized retailer, but deals can be arranged over the phone as well. One way to segue into a negotiation is threatening to take your business elsewhere. For example, a wireless carrier may offer a high-end phone free of charge — even if it currently sells for as much as $200 — if you agree to sign another contract.

Thousands of companies, organizations, and educational institutions have partnerships in place with wireless carriers to offer discounts to employees, members, and students. The problem is that most people don't know this, and wireless providers don't advertise them front and center. To discover if you qualify, many providers will merely ask you for your organization or school email address. AT&T, Sprint, T-Mobile, and Verizon all have discount pages for your convenience. Discounts may range from 10% off to as much as 25% off.

True unlimited data is a rare commodity these days. As smartphones became more widespread, carriers quickly realized they could make more money by charging customers for fixed data packages; and some carriers make even more money when customers go over their data allotment and have to purchase additional data at a much higher rate each month.

At the opposite end of the spectrum, there are people that are unnecessarily grandfathered into comparatively expensive unlimited data plans. Consider analyzing your data usage over the past two years and see if you've ever exceeded 2GB during any given month. If not, then it might make more sense financially to drop the expensive unlimited plan in exchange for a cheaper 2GB plan.

If you aren't obsessed with owning the latest and greatest phone, you can save yourself a lot of money by purchasing a phone off-contract or even better, a used, recycled, or refurbished handset. While most Apple products tend to hold their value over time, there are some great deals on Android smartphones.

But before you buy a used smartphone, be aware that secondhand phones could have a bad ESN / MEID / IMEI, which would render it useless. This can happen for any number of reasons: if the device was reported lost or stolen; if the phone is still active on the original owner's account; or if money is owed on the account to which the device is assigned.

Obviously, if your wireless provider doesn't offer an off-contract discount, there's no reason purchase an off-contract phone unless you aim to switch carriers. AT&T, for example, rolls its carrier subsidy into the price of service each month. Even after you've "paid" for your smartphone, you're still being charged that same hidden fee each month.

Early upgrade plans — in which AT&T, T-Mobile, and Verizon customers can purchase a discounted cell phone in advance of their contract ending — may seem like a great idea at first glance. But once you do the math, these plans are little more than a rip-off. While the urge to constantly have the latest and greatest model may be strong, for many people the expense just isn't worth it.

The Big Four are responsible for providing the majority of wireless service in the United States, but there are alternatives. Regional carriers like C Spire and U.S. Cellular are great places to start your search if they provide service in your area. Additionally, prepaid carriers like Virgin Mobile, MetroPCS, and Cricket all piggyback off the major providers' networks (usually Sprint). It's not uncommon to find a great deal here but be sure to read the fine print, as some carriers don't offer high-speed 4G LTE just yet.

Consider a Family Plan if You Pay for Multiple Lines

If you're paying for more than one line of service, a family plan is certainly worth looking into. Most family plans allow you to add an additional line for as little as $9.99, and the more lines you add, the more you save overall. However, make sure to pay attention to the specific terms of the plan; while some carriers provide unlimited packages, others rely on a shared pool of minutes or data which could present a problem if you have a talkaholic or data hog in the family.

Use the Same Carrier as Friends and Family

If a family plan isn't in the cards, then the next best thing is to sign up with a carrier that the majority of your friends and family use. Most carriers offer free in-network calling and texting to other subscribers on their network. If the majority of the people you keep in touch with all use a certain carrier, you could save some money by joining them and opting for a smaller bundle of minutes or text messages.

Free texting apps like WhatsApp, TextMe, Viber, Nimbuzz, and GroupMe have exploded in popularity over the past few years. Much like iMessage and BlackBerry Messenger, these services all use data to circumvent traditional text message delivery methods. This simply means that messages sent using these programs count against your data plan (or nothing at all if you're connected through WiFi) instead of a text messaging plan. If your friends and family use the same apps as you, then you could ditch your text messaging plan and save anywhere between $5 and $30 per month.

Another method to extend the life of your capped data plan is to try a data compression app. One such example is Onavo Extend for Android and iOS. Onavo Extend has garnered excellent reviews on both platforms, though be aware that it works by directing all traffic through its servers to compress data. The app provides a breakdown of your data usage so you can see which apps are consuming the most, allowing you to make more informed usage choices. Best of all, the app is free of charge.

Readers, have any of you found other ways to lower your monthly wireless bill? Let us know in the comments below.

jcauthorn
You really need to include Google Voice in these articles - It saves money with Free calls, Free texts, Free voicemail, Free voicemail to text and on and on. I have the AT&T plan but by using google voice it effectively gives me *unlimited* minutes because my Google Voice # is in my A-List so all calls in/out to GVoice are free/included. Better yet, the GVoice # follows me to work, home, cell, and where ever I go. I also got to choose my phone #! It's the best deal - and it's FREE.
February 17, 2014

michaelg
Here in Tennessee, the only carrier with consistent coverage is Verizon. My wife recently cancelled her out-of-contract $70 a month plan and changed to PagePlus for just $30 a month. She never has to worry about going over data or texts limits as her usage was never real high on them anyway. The best part is that PagePlus uses the Verizon network. It cost about $70 to have a local phone store "flash" her new no-contract Samsung S3 for it to be crossed from Virgin to PagePlus, but we have never looked back. We'll take a $30 plan over her $70 plan for the same carrier anyday.
November 6, 2013