What do bottles of wine, the next generation of the iPhone, and the McDonald's Dollar Menu have in common? They'll all see higher prices in 2014.
BY:
MICHAEL BONEBRIGHT
Former Senior Blog Editor 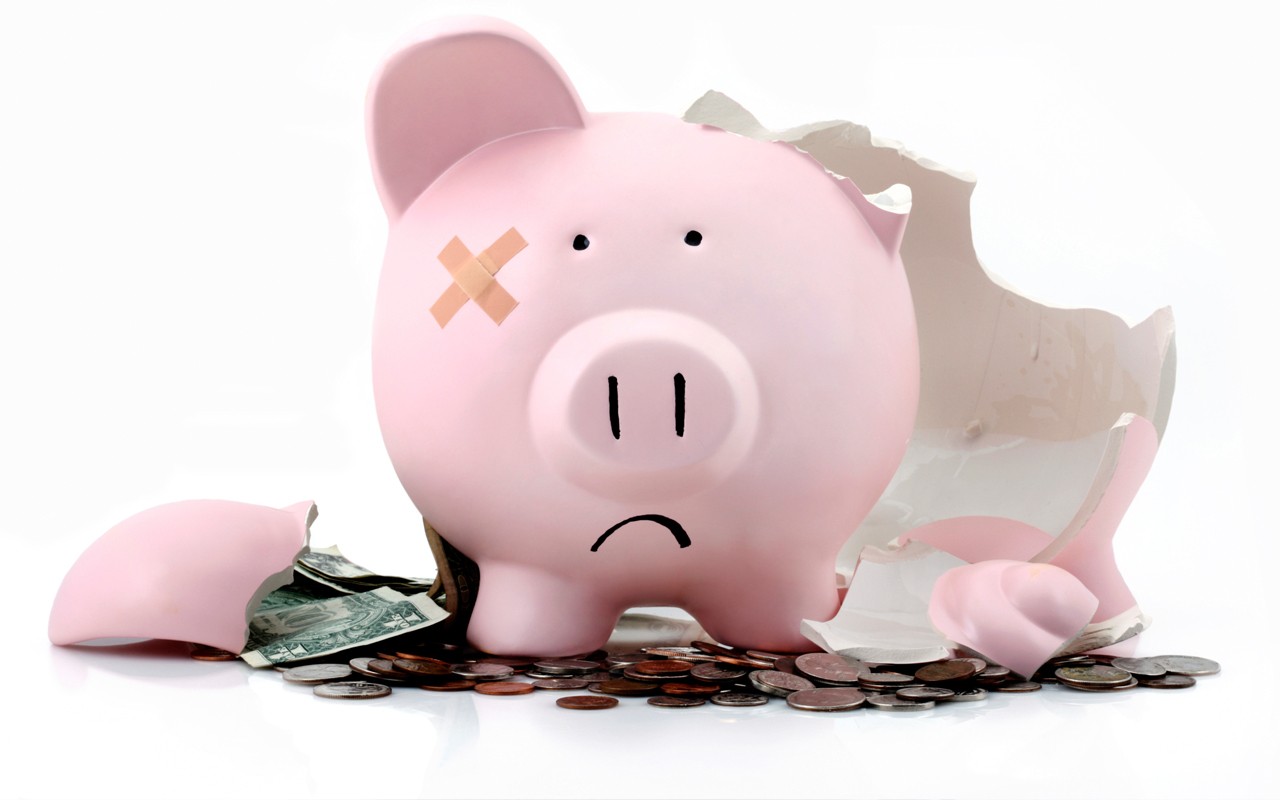 While we're sure 2014 will be filled with new and exciting price drops, logic implies that some of our favorite things are just going to cost more. Here at DealNews, we've been watching the trends and can unfortunately report that consumers will see price hikes on a variety of goods and services in the coming year. Beloved foods, restaurants, cars, and smartphones all made our list of things that will be more expensive in 2014. Read on to see why wine, the new iPhone, and McDonald's food will probably cost more next year.

Foul French weather will leave many upscale lushes longing for a cheaper glass of wine in 2014. Storms that raged through the country's finest wine regions — Bordeaux in particular — caused a dismal grape harvest that is certain to lead to higher wine prices. According to the Wall Street Journal, the French national supply of wine has already dwindled to its lowest point in more than 12 years. Fortunately for wine drinkers with less particular palates, Spanish vintners experienced a bountiful harvest this year. This surplus is "likely to create exceptional value for consumers, though willingness to switch from Bordeaux to Spanish wines remains to be seen."

The opposite of fancy French wines, people seeking a GED will have to pay more to take the US high school equivalency exam. The cost of the new GED test varies by state; in North Carolina, for example, the cost is being increased from $35 to $120. Along with the cost, the test format is also being upgraded; in 2014, GED seekers will, for the first time, complete the test on a computer.

Fans of organic Tex-Mex are sure to enjoy Chipotle's separation from genetically modified ingredients — unless they're on a budget. The restaurant has begun a shift toward more organic foods, such as cooking oils made from non-genetically-modified seeds, but these ingredients are not cheap. As a result, Chipotle announced that it may increase prices in the middle of 2014.

Although the doomsday warnings of doubled and tripled milk prices are probably overblown, signs definitely point to the staple being more costly in 2014. A combination of forces, including increased demand for milk exports overseas and Congress' reticence to pass an extension of U.S. agriculture subsidies, are conspiring to raise milk prices next year, according to Bloomberg. We'd suggest hoarding dairy products in the face of the coming milkpocalypse, but that would probably start to smell.

Originally the Postal Regulatory Commission had decided to increase the price of a first-class postage stamp by just a penny in 2014, but the organization has since opted for an even larger 3-cent jump; starting on January 26, these stamps will cost 49 cents each. Currently the increase is only temporary, and will last no more than two years, but inflation may conspire to make it permanent before that time frame is up.

The Apple iPhone 5S may still feel fresh and new, but the Apple prognosticators are already buzzing about the real iPhone 6. Apple analysts have suggested that the iPhone's latest incarnation may cost even more to make than earlier models, leading to a retail price that's $50 higher than that of the previous generations. According to All Things D, the entry level iPhone 6 "could price out at somewhere between $249 and $299" with a 2-year contract.

This year's 2014 Winter Olympics in Sochi, Russia are facing more than just controversy; the games are on track to be the most expensive in history. CNBC reports that the price of the Russian Olympics "is expected to exceed $50 billion — far surpassing the high of $15 billion in Athens in 2004." That said, the article also notes that no Olympic games has ever made a profit for the host country.

If you were planning to bring a furry friend on your next Southwest Airlines flight, be prepared to pay a little extra. The airline will raise its pet fee from $75 to $95 on January 15. NBC News reports that, even with the rate hike, Southwest will still boast some of the cheapest pet prices: "United, Delta, American and US Airways all charge $125 each way, while JetBlue and Alaska charge $100."

Along with costlier French wines, 2014's list of First World problems will also include higher prices on a popular luxury car brand. According to AutoBlog, BMW Group of North America announced in October that many 2014 BMW models would see price increases, ranging from a $300 price hike on all 1 Series and 3 Series Convertibles to a $2,000 increase on the M5 and M6 Coupe, Convertible, and Gran Coupe. The press release called the price hikes "inflationary."

Bakers of pies and makers of pralines will be forced to pay more for pecans in the coming year, thanks to a shortage of the nuts. Pecan groves across the southern US were hit with record rainstorms this past season, leading to a harvest that was up to 35% smaller than the previous year's. What's more, the nuts have become increasingly popular in China, leading to soaring demand (and soaring prices) for pecan exports. Expect a big spike in the cost of pecans in January especially; the nuts have become a sought-after staple of the Chinese New Year.

Fans of bargain fast food received an unpleasant shock when McDonald's recently revamped its Dollar Menu, which features items that cost more than $1. Called the "Dollar Menu and More," this new menu debuted officially in November and includes items such as "$2 burgers and a $5 20-piece chicken McNuggets," according to the Associated Press.

No one wants to hear that prices are going up, but inflation, crop failure, legislative changes, and the mysterious forces of the market hold sway over us all. So as you continue to ring in the new year, give a toast to the lower prices we knew and the deals we'll find to replace them. Readers, were you shocked by an item's inclusion on this list? Tell us all about it in the comments below!

KayakPat
If the price of milk goes up substantially, I think that milk producers are in for a nasty surprise. We don't need the steady diet of cows milk that most of us are accustomed to. There might be a fairly sizable migration away from dairy, which would be good for a lot of people.
January 11, 2014

My point was that the article presumably was not relevant for the vast majority of DealNews readers.

Lindsay Sakraida (DealNews)
@RudeVader We are actually writing such a list! It'll be published in the coming week.
January 7, 2014

RudeVader
There's talk of Coffee and Chocolate going up too, if you really think about it just about everything keeps going up on a yearly basis.

You should write an article about the 11 things that are going down in cost, though that may be more difficult.lol
January 6, 2014

Lindsay Sakraida (DealNews)
@vwoom I would imagine human laziness has contributed to that too.
January 6, 2014

vwoom
Pecans..nut overall, specifically unshelled mixed variety nuts prepackaged (forgot the brand, Diamond IIRC) are nowhere to be found no more. I remember my dad buys a bag or two at every grocery shop and we enjoyed cracking each (with a nutcracker, of course). It was somewhat part of the "fun" eating nuts then. No salt and the flavor was just right. Now, everything is shelled & salted. I'd bet the manufacturers were after the shells as well..for industrial use, mulch, charcoal perhaps..Nowadays, nothing gets thrown out or wasted.
January 6, 2014

vwoom
McDs should've just called the bargain menu simply as.."Dollar Plus Menu", instead of "Dollar Menu and More". Deceptive sounding. What is more to it..other than a price increase?
January 6, 2014

Lindsay Sakraida (DealNews)
@rtsanchez42 That was an oversight on our part, we removed the reference.
January 6, 2014

rtsanchez42
Chipotle isn't owned by McDonald's. Was this article written in 2006?

There is a popular misconception that Chipotle restaurants are owned by McDonalds. While they were once an investor in our company, they divested in 2006 and our company went public on the New York Stock Exchange that year.
Source: Chipotle

There is a popular misconception that Chipotle restaurants are owned by McDonalds. While they were once an investor in our company, they divested in 2006 and our company went public on the New York Stock Exchange that year.
Source: Chipotle

deltaman
@ Greg the ** — Most of India's 1-billion + population would consider owning ANY car a "luxury." With a starting price of ~ 3-million rupees ($50,000 US) the BMW~Cooper Mini certainly is a luxury car — even by US standards.

On the other hand, even MacDonald's is a luxury for this retiree on Social Security — 'cept when they occasionally publish a BOGO coupon; then, my dog & I can afford a night-out!
January 6, 2014

Greg the Gruesome
The linked article about BMW and MINI concerns the Indian market. Also, MINI isn't a luxury marque.

The price of a 20-piece box of Chicken McNuggets was $4.99 long before McDonald's revamped the Dollar Menu, and that was the result of a price CUT, not a price increase.
January 6, 2014

deltaman
In keeping with DN's consumer-centric focus, you might have pointed-out that "Forever" Stamps are an effective hedge against 1st Class postage increases; buy 'em soon...
January 6, 2014

notcuban
Stamp will be 49¢ this January.
McD's already raised many dollar menu items last year.
Was this article wrote in May 2013?
January 6, 2014

Get $28 off with coupon code "I6AWJVVY". Buy Now at Amazon

Apply coupon code "DNLBD3" for a savings of $17, which drops it a buck under our December mention. Buy Now at taotronics.com

That's $43 under our February mention and the best price we've seen. (You'd pay $350 direct from Samsung.) Buy Now at eBay

That is a $230 drop from the list price. Buy Now at Office Depot and OfficeMax