The new Veronica Mars movie will be available to rent or buy on the same day that it hits theaters. Here's why we think you should decide to opt for the stay-at-home option.
BY:
JEFF SOMOGYI
DealNews Contributing Writer 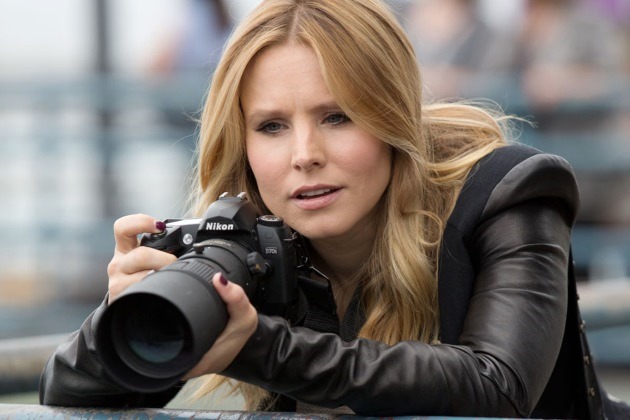 On March 14, Veronica Mars fans will have their greatest wish granted (sorry "world peace") when the show returns in movie form. Finally, we get to have some closure on our favorite teen sleuth! (Unless the movie does gangbusters and there's a sequel, then we're back to waiting. What a hard life we lead!)

The movie, which was funded in an unusual way (by crowd-sourcing the funds — over $5 million of them — on Kickstarter) is also going to have an unusual release schedule, too. On the same day the film hits cinemas, it will also be available to buy or rent digitally via video-on-demand services.

There's no information yet about which services will offer the movie, nor how much the digital versions are going to cost; however, based on historical pricing of "new" digital movies (meaning "newly available on iTunes," et al), we're estimating that the purchase price will be around $20 for the HD version or $15 for SD, and around $6 for the rental in HD (about $5 for SD). With the current average movie ticket price hovering around $7.96, it might make fiscal sense to skip the theater and settle in at the ole home theater, instead.

But don't let the cost, alone, drive your decision! Here are 10 very valid reasons for you to watch Veronica Mars at home.

After that air-tight argument, what have you decided? Are you going to go to the theater? Stay at home and rent it? Stay at home and watch something else? Tell us your Veronica Mars plans in the comments below!

BboJim
We pre-ordered the Blu-ray/UltraViolet version from Amazon for $14.99
We don't have an AMC Theatre by us either.
March 12, 2014

BboJim
No Marshmallows in theaters? WRONG! You can get Sweet & Sara Vegan S'mores & Rice Krispie Treats at Landmark Theaters!

Skip_Per
Number 1 is illegal, though there is no way to enforce it without a hassle.

Number two, though factual as the film takes place on planet Earth, is a bit wrong as the film was shot in the widescreen format of 2.39:1. This means it will have the black bars above and below the image (that non-film enthusiasts complain about) on the digital versions. In the theater, you will get the giant screen image of Kristen Bell from wall to wall (or emergency exit to emergency exit as is the case nowadays).

And number 3 is off by nine minutes. The film runs an hour and forty seven minutes; plus or minus the credits.

In any case, I will be checking the film out at home because I have no AMC theaters near me.

mesketch
I think I will rent it, your points are valid. Great post Jeff, thanks!
March 11, 2014

VIEW ALL
Blog · Morning Jolt · 13 hrs ago
5 Deals You Need to Know Today: Save $20 on Your Next AmazonFresh Shop
QR codes: they look like weird texture tiles from a primitive video game, but this time, they are your passport to grocery savings. Check out this offer and more in our roundup of the five best deals we found over the last 24 hours.
Blog · Buying Guides · 14 hrs ago
The 9 Best Things to Buy in June (And 4 Things to Buy Later)
While June may be a prime time for vacations, it's also a great time to find excellent deals. Check out our guide for what to buy in June and what you should hold off on until later in the year.
Blog · Marketplace · 5 days ago
The 13 Best Products to Sell Online in July 2022
July is a big month for promotions! To give you the best chance at success, we offer suggestions for what to sell online in July 2022, plus go over the major sales opportunities during the month and the items you may want to list later.